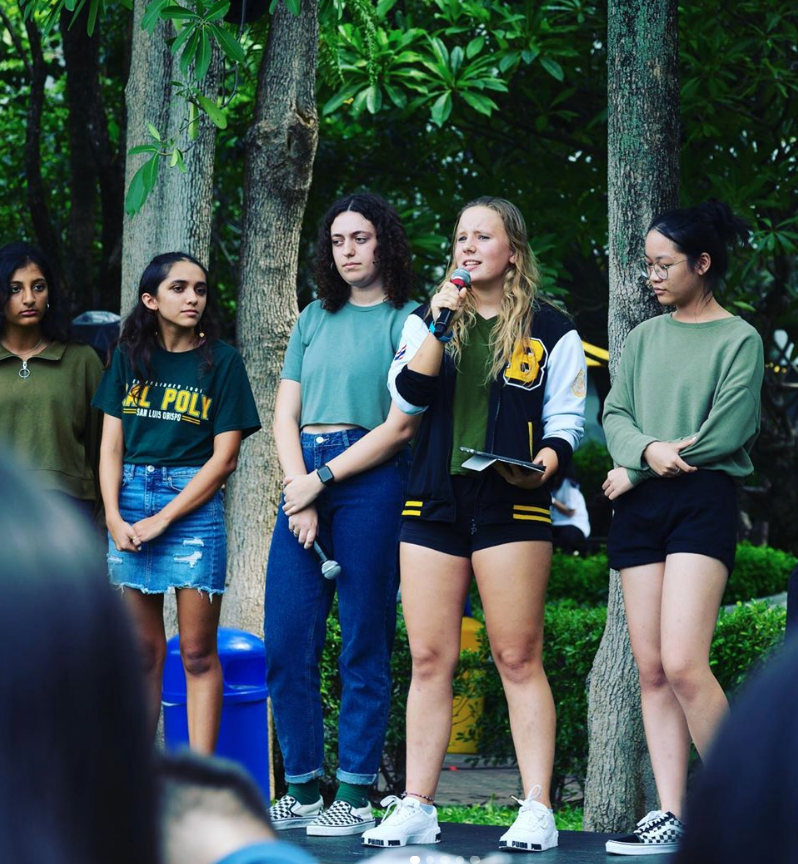 On Friday September 20, kids and adults from 150 different countries took time out of their day to protest for the Earth. Our student community here at ISB certainly had a lot to say about climate change, and how unethical the industrial world has become. Greta Thunberg, a 16 year old girl from Sweden, has led all of us to try and do more. She lives by the belief that we only have one planet, and we must take care of it by using more sustainable methods of everyday living. With the climate strike happening almost two weeks ago, here is a little refresher on what happened.

Who is Greta Thunberg? 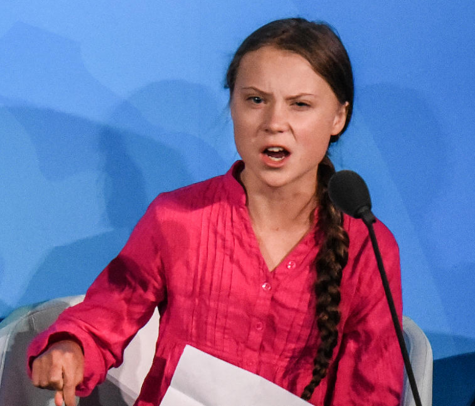 In August of 2018, a 15 year old girl from Sweden decided to skip school and protest climate change outside of a Swedish parliament building. The act was so powerful that it spread around the world, so much that over 100,000 school children have decided to make their own impact on climate change. Lately, Greta has had some notable acts. Firstly, she spoke at the United Nations Climate Session in front of several powerful politicians. When asked what her message from the world’s youth to World Leaders was, she powerfully responded, saying “We will be watching you.” Standing up on stage, Greta reiterated that “This is wrong. I should not be here. I should be back in school, on the other side of the ocean.” Making her mark on world leaders, Thunberg is continuing to spread her message to the world by claiming, if things don’t change soon, “We [my generation] will never forgive you.” As many of you know, she led the Climate Strike, on September 20th. If you were at school on this day, you would know that ISB students led a protest on the field in attempt to raise awareness for the severity of climate change. ISB is just one small portion of the several schools in 150 countries protesting this cause.

On September 20th, ISB took a stand on Field D at the end of the day to protest climate change all over the world. We were fortunate enough to have some passionate young people give speeches on why climate change is so important to them, as well as what inspires them to make a change to this issue. Vienna Sparks (10) was one of the speakers at ISB’s climate strike. She is inspired to talk on this topic because “climate change is something that impacts all of us no matter where we are in the world every day, and I feel it is part of my duty as an individual living in 2019 to speak out about an issue so prevalent in today’s society.” Madison Mehta (12) also gave our student body some insight on the topic. Understanding the aspect of time being so scare in terms of humanity saving itself, Madison articulated that “If we don’t act fast, it’ll be too late.” Furthermore, Madison touched on how anyone can make an impact, explaining that “You don’t have to be a celebrity or even an adult to create a platform that matters. Kids listen to kids. Take advantage of this and advocate on behalf of the people around you. At the end of the day, this is our mess to clean up.”. One final speaker at the climate strike was Hana Kovar (12). She was motivated to speak up on this topic, saying that “ I was inspired to give my speech on Friday because of the global climate strike organized by Greta Thunberg. Because we (and many other ISB students) did not skip school to participate in the climate strike downtown, the four of us still wanted to bring climate change to the attention of the school.” Hana also seems to have substantial understanding on the human versus time element of humanity trying to save itself, stating that “At this moment, if nothing is done to change the course of our climate, we cannot fix it. So we have to act now. Each and every person can make a difference – the key to climate action is collective and individual social change.”

Overall, climate change is a large-scale issue that is certainly prevalent in the modern world. It is rapidly growing, and corporations seem not to understand the amount of harm that they are causing, simply to make easy money. Although economics is a whole other issue, and won’t be brought up today, it seems certainly selfish that these large industries are cutting down trees and emitting massive sums of toxins into the air. Greta Thunberg is inspired to put an end to this, and hto ensure a future her her (OUR!) generation. People from schools in 150 countries, including ISB, all took their stand against climate damage. It certainly helps that many people are taking initiative, but for true difference to occur, it must be a collective effort.