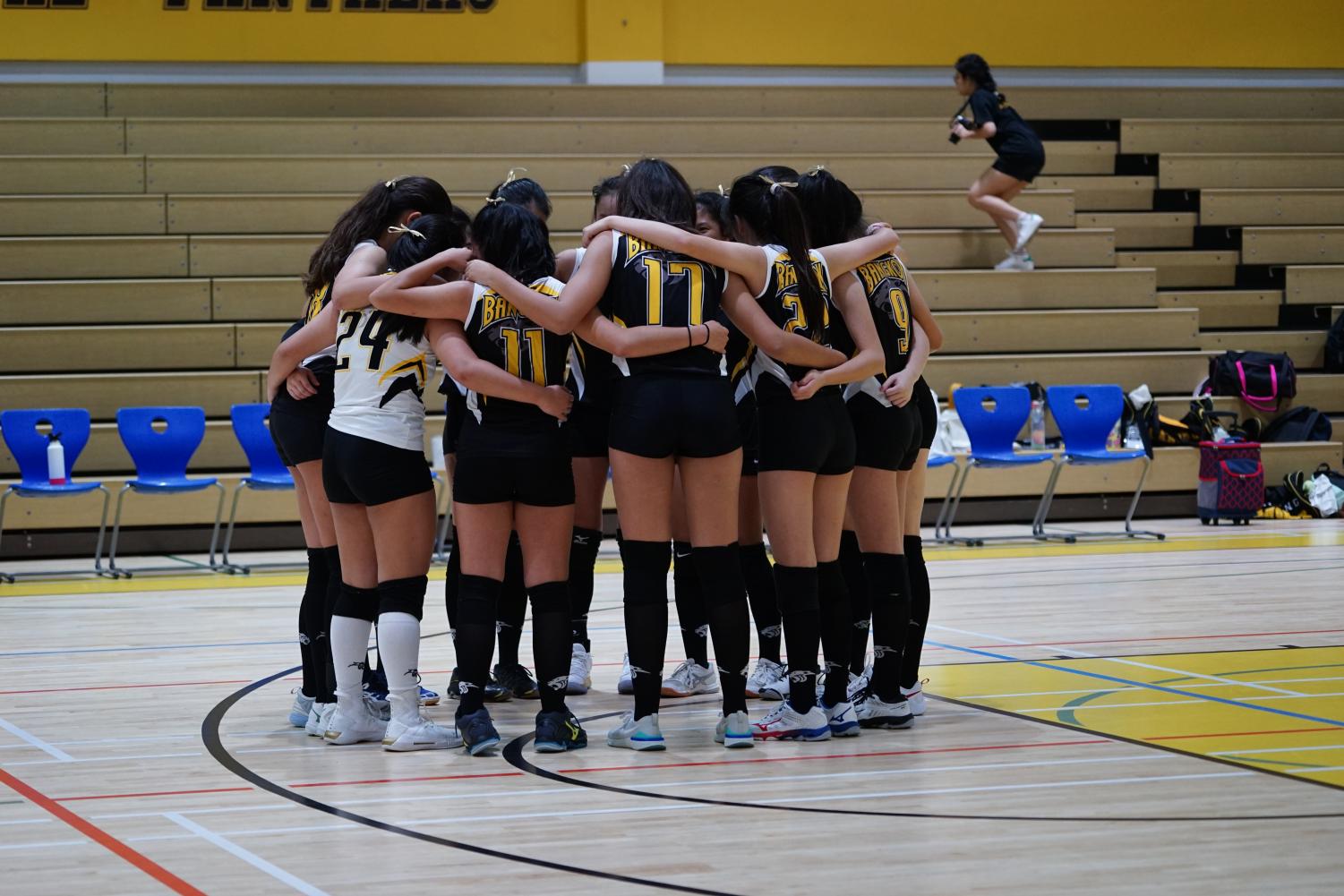 Settin’ and Spikin’ for Gold!

School is back, which means Volleyball season has begun. Last year in IASAS, the boy’s team came in the first place and the girls came in third. Both teams have high hopes that they will come in first place this year with hard work and determination.

Five days a week, the team has been training hard. George Condra (12), the captain from the varsity volleyball boys’, team says “I feel like we have a lot of potential to be better than we were last year. We have a couple of things to work on to get there, but that will come with time.” He continues, “We didn’t have many seniors last year, but they played a big role. Both of our liberos were seniors, as well as our starting setter and one of our best go-to blockers.”

Paulo Quicho (12) a player from the boy’s team who currently plays the middle position is also confident about the team this year. “Considering the fact that most of us are returning players and we have some new players coming in as well, which is good because we can develop them and make the team stronger. Our goal this year is to have a strong team and be better than we ever were.”

Now what’s up with the girl’s team?

Eylul Kara (12) captain for the girl’s varsity volleyball team says “After losing our seniors last year, we have a fairly young team. Although we lost players from last year we are looking very good with the new players. I think we will do great things this season. We work really hard and with this new team, we hope to be the best we ever have been.” She has high hopes that they will win this year’s IASAS. Both captains are pushing the team to become stronger and are thriving to win the IASAS

It seems like all players are confident about their teams this year, the new players have good potential and they are fearless about the IASAS tournament, especially Milla Harter (11) who claims “we have some AMAZING freshman and sophomores who are all so dedicated to volleyball! as of recent years, ISB volleyball has really developed in younger divisions and it shows through the incoming of new players”

Can’t forget about Exchange too! That is just around the corner. September 20 – 21 All players and students are immensely excited to be playing and watching with the home crowd.

One Response to “Settin’ and Spikin’ for Gold!”