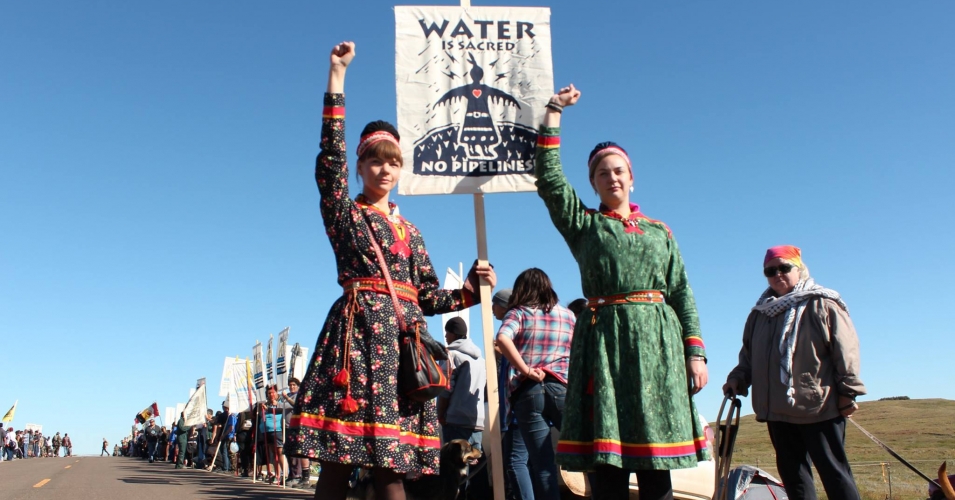 The Dakota Pipeline, Doing Everything Wrong.

We as a school, rave about saving the environment, recycling, and avoiding plastic straws, but is that enough? The ISB community is blessed to be multicultural. We live in a bubble where we have no problems being who we are, expressing our identity and treated as equal. But this bubble that we have encased ourselves in have made us almost unaware, about the issues that are faced every day by other people. For the past 3 years, members of the Standing Rock Sioux Tribe created a camp, named Sacred Stone Camp to protest against The Dakota Pipeline. The Dakota Pipeline should not be completed for the sake of the environment and the people that own the land. The Dakota Access Pipeline is a 3.7 billion dollar project that is under construction by a Texas-based Energy Transfer Partners. The plan is to make a 1,172-mile-long pipeline to transports oil from the North Dakota oil fields to Illinois and to link with other pipelines. The pipeline started construction in 2016 and is currently being built. While 70% of the pipeline has already finished, many of the tribes and people that live in that area, are still protesting against the pipelines. Not only will it destroy the environment but it has also angered many who are trying to prevent construction on the sacred land. It began to resurface again this year because the developers have missed their deadline to plant 20,000 trees on the route of the pipeline.

It threatens the destruction of the environment. Damaging it by pumping hundreds of thousands of gallons of shale oil to the market daily. If the pipeline were to finish, 470,000 – 570,000 barrels of shale oil would be pumped through the pipeline each day. The use of this will mean, transporting oil would be faster and cheaper, which will be burned. We are meant to be trying to find ways to reduce the use of oil but why are we letting this happen? This generation and leaders alike know the importance of letting go of these fossil fuels. According to Lorne Stockman, a senior research analyst for Oil change International, it’s estimated that emissions from the whole processes would amount to 101.4 million metric tons of CO2 per year. Which is absurd, that’s equivalent to 29.5 coal plants in the US or equal to 21.4 million cars used in the US. A study by EcoWatch also found that large traces of global rise in the atmospheric ethane, a greenhouse gas, are found in hydraulic fracking in the North Dakota Bakken shale oil fields. The environment and the future of the world are at stake, we try to reduce our emissions, try to help the environment as much as we can. But with a pipeline as large as the Dakota pipeline, it will produce an ungodly amount of emissions that will shoot a hole in the atmosphere. We need to be finding ways to reduce the use of oil, finding renewable energy. Not letting projects like these take away years of our planet due to the damage done.

The pipeline threatens the water supply of the Standing Rock Sioux, risking millions of people living downstream. Originally, it was meant to cross under the Missouri River, north of the state’s capital. However, they have re-routed the pipeline due to concerns of possible damage to the river. Now it’s half a mile upstream from the Standing Rock Sioux Reservation. An article by Amy Dalrymple, explained that the tribe had much more to argue about. They complained that if the Pipeline was built under the water supply of the reservation, then it would affect community living there. I don’t understand how they could re-route the pipeline due to an issue of being too close to a water supply, only to decide that they were going to build it under a… slightly smaller water supply. Out of all of America, they chose to build it under this Native American reservation. The people that struggle finding a voice, to fight back. Now the DAP has decided to build a pipeline under their water supply with the possible danger of contamination. Nothing has been done to shut down or re-route the pipeline with their complaints.

In fact, the U.S army corps of Engineers looked at the route and concluded that is was not a “viable option”. One, the environmental assessment showed that it’s around source water protection areas that need to be avoided. They also said that the route will have to be 11 miles longer. Difficult to stay 500 feet away from homes that are required by the North Dakota Public Service Commission. The area is even considered, by federal pipeline regulators, as a “high consequence area”. Which really makes you wonder why they even consider building it in this particular area. 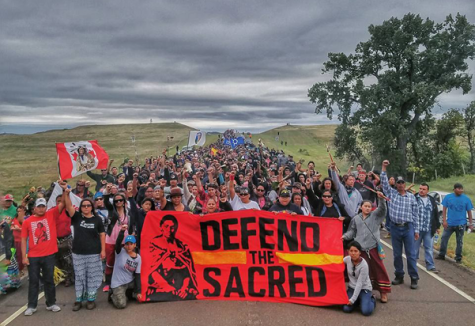 With all that, the environment is not the only thing at risk, but the build itself is under sacred land that is guaranteed to the Sioux by treaty. Under the 1851 Treaty of Fort Laramie, the land the DAP is being built on is still the territory of the Sioux Nation. Standing Rock Sioux should have been consulted before the pipeline was ever approved. Why is anyone allowing this? There is evidence that it should not be built in that area. According to Ladonna Brave, director of the Camp of the Sacred Stones, the pipeline contractors have been ignoring the legal action that is taken by the Standing Rock Sioux Tribes by treaty law and the Native American Grave Protection and Repatriation Act. From an interview from Democracy Now, we know that the construction has horrifically damaged sacred burial sites of the tribe and many other culturally significant areas.

The contractors of this pipeline clearly have no interest in the well being of Sioux Tribes, this was a strategic move. The DAP has targeted a minority that had no voice or enough power to stop what they were doing. If something like this were to happen in a rich neighbourhood, the complaints would stop the build immediately.  But this has been going on for 3 years, the pipeline is almost finished and nothing has is stopping.

Many power hungry individuals would say that the pipeline will help the economy grow. Creating thousands of jobs but how much do we need it? Building the pipeline will give 8,000 to 12,000 new jobs. It will pump money into industries that make the steel pipes and such to make the 1,172 mile-long pipeline. It’s said that $129 million in annual tax revenue into local and state economies during construction.  Once it’s operational, it will annually earn $50 million in property taxes and $74 million in sale taxes.

But no amount of money can ever buy your children a future that they’d want to live in. No amount of money allows you to treat a culture, a race of people with the disrespect the developers have. Can money from the oil take away the emissions it’s created from our planet’s atmosphere? Do we need this economic growth? Is earning more money more important than saving the planet that has given us everything, that gave us a home and the food for us to live? They have prioritised money over all else, not the people, not our home. No one listened for the past 3 years, but they should now. We are destroying ourselves, the lack of empathy of these contractors hurt our people, targeting races damages our society. They don’t realise this but we are all the same. There’s no time to fight, moments are passing by. Our earth is quickly dying, losing its fight every day to us, the inhabitants killing it with what it blessed us with.

One Response to “The Dakota Pipeline, Doing Everything Wrong.”