Why Some Designer Brands Keep Making the Same “Mistakes”

We live in a world where one small “mistake” committed by a company, individual or a group, intentional or accidental, could potentially damage their reputation immediately or down the road. Trends and fads, especially among the 15-25 age group, are very fickle. They can be the most popular thing one month, and then be reduced to obscurity the next. So, the IMAGE that companies project is vital.

Here are a few companies that got it wrong. Or did they? 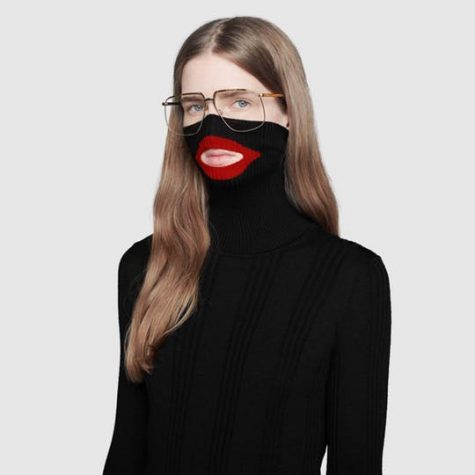 Gucci recently released a long-sleeved turtleneck that bears a close resemblance to blackface, a derogatory representation of stereotypical blackface worn by a nonblack model. The white person’s face is painted extremely black with oversized red lips – a mockery to the authentic African face. When pulled up over the bottom half of one’s face the blackface reveals itself. Being that this contentious piece of clothing resembles blackface, people instantly blew up in rage. 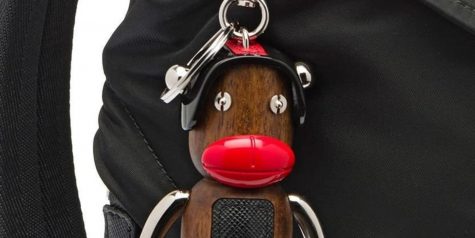 Prada, another major fashion house, received a wave of anger in December after customers spotted a monkey key chain at a store in New York resembling blackface. It was part of a line called Pradamilia that further promotes blackface through its overpriced products, such as key chains, handbags, and wallets. 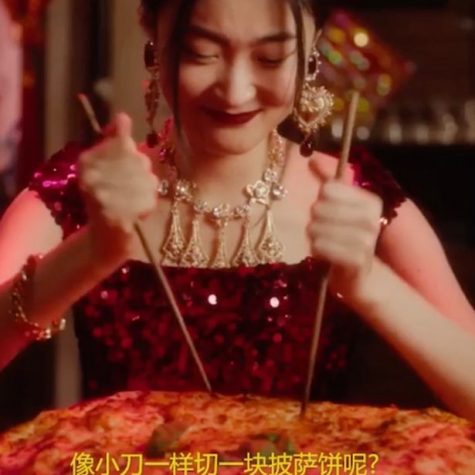 For Dolce & Gabbana’s upcoming runway show in Shanghai, China, they released a collection of ads depicting a Chinese female model unable to eat gigantic Italian food, like a massive pizza and cannoli with “small stick-like things” (chopsticks) according to the male voiceover on the video. The model giggles because she is unable to eat the humongous Italian food with chopsticks. The voiceover in another video mocks the Chinese women by saying, “Is it too big for you?”

C’mon… What company in the right mind would think that it’s okay to do such a thing? Do they not realize they are being disrespectful and racist (as well as very creepy and sexist)? Well, people in China definitely found Dolce & Gabbana guilty of being explicitly racist. The National Public Radio (NPR) reported that hundreds of Chinese models participating in the runway show withdrew within hours of hearing the news. In addition, some Chinese people even opted to boycott and kick D&G out of the country altogether. Even “China’s e-commerce giants, Alibaba and JD.com even removed D&G products from their online stores.” Due to the enmity China had with D&G, the runway show was canceled. Looking forward, it doesn’t look too good for the 58 D&G stores in China.

Our modern fashion industry, according to the public, is littered with racist products and commercials. Designer brands such as Prada, Gucci, Burberry, Dolce & Gabbana, Zara, and more, have made the irreversible mistake of releasing racist content and products. The ramifications present themselves through inflamed, disgusted, or displeased individuals who will sniff out the controversy and penalize the companies for any slip-up, possibly leading to their demise.

The internet is one platform where companies get attacked by disappointed customers. Twitter, for example, bubbles with emotion and opinions during these turbulent times, and in the end, these “wrongful” companies adopt a negative connotation.

But the reason I can’t grasp how it’s the company’s total fault is the mind-tearing question that perplexes me; Why would major designer brands release controversial products and content on PURPOSE? All of this doesn’t make sense logically; why do companies release potentially controversial products and content knowing that the public will erupt with anger? Why would a company lead itself to its own demise? How do they not know what they are releasing is racist or overtly offensive? They must know. There must be a reason. You don’t make careless mistakes when you are a multimillion dollar company – it just does not make sense!

Now, one might ask: why am I siding with these companies? Well, I’m not. Deliberate racism is wrong on all levels, but what if I told you that may be on the business and economic level, these racist ads are a good thing…

It’s called shock advertising or “shockvertising”. This sneaky yet clever strategy subconsciously lures you into buying the products they are advertising, supposedly. The goal of shockvertising is to use hot societal issues to attract people by causing a surprised reaction so the talk will revolve around the company the advertisement is promoting.

The ad agencies are remarkably clever, but at the same time: risky. I guess being labeled “racist” isn’t too much of an issue for them as meeting deadlines, keeping up with new fashion trends, and amassing revenue. These moves seem risky, and sooner or later an unfortunate error will leave companies with an unremovable stigma.\

Nevertheless, Paul MacKenzie-Cummins, managing director of Clearly PR Marketing and Communications, who worked in the advertisement industry for over 11 years, thinks that because racism is such a touchy subject, it will get people talking and that brands are “using race to grab people’s attention”. Even musician Chance the Rapper agrees that companies are “purposely putting out noticeably racist ads so they can get more views”. But just like myself, Paul believes that this strategic approach is too ambiguous and risk-taking.

In the end, all the companies above publicly apologized, but no one really forgives them. The racism has left an imprint on society that can’t be unseen or dismissed.

However, just like in music where some listeners compartmentalize the music from the music provider, customers could mirror this approach when buying products from these “racist” companies. They can purchase products but ignore the company’s racist mistakes. That being said, another harsher approach is to simply boycott these designer brands — I mean is Gucci that essential? Moreover, should all companies and art makers be penalized for their mistakes or do there products take precedence over the mistakes they made in the past? Take Adidas as another example. This massive company owns many sweatshops in developing countries paying workers unfair wages, forcing them to work overtime, and physically abusing them. Knowing all this, do you still buy from Adidas?

What do you think about this predicament? Write your comments down in the comment section below.