After a rollercoaster of emotions when cancelled by Fox in May of this year, Brooklyn Nine-Nine was picked up by NBC a mere 31 hours later following a rush of online support. Brooklyn Nine-Nine is an American police sitcom centered around the 99th precinct in New York. The comedy follows Jake Peralta, an immature yet highly intelligent detective, and the rest of his colleagues. Due to its persistent humor and constant emphasis on representation, it’s no surprise that its cancellation only lasted a little over a day. While all of the episodes from this series are sure to make you howl with laughter, here is a list of Brooklyn Nine-Nine’s best episodes you need to watch. 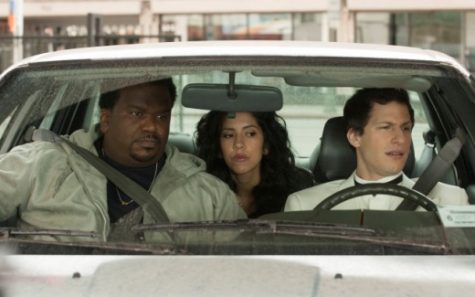 This episode was chosen because it introduces the best recurring character on the show — Doug Judy. The storyline centers around Jake Peralta and Rosa Diaz, another detective, trying to tracking down the Pontiac Bandit, an infamous car thief who has stolen over 200 Pontiacs. They find a man named Doug Judy who offers them information on the Pontiac Bandit, and together, they set off tracking him down.

In this episode, the 99 is invited to a terrorism exercise organized by the Department of Homeland Security. While everyone in the 99 is excited to take part and make an impression on the federal agents, they are reduced to the status of hostages during the exercise. Disappointed and annoyed with the federal agents looking down upon them, the detectives decide to band together and rebel. This is one of the funniest episodes because the cast bounces perfectly off each other and has an interesting storyline.

When the 98th precinct is forced to relocate, they temporarily join the 99. Surprisingly, a detective named Stevie Schillens of the 98 is the former partner of Jake Peralta. Elated to have reconnected, they join together to solve a drug case, while reminiscing about old times. This episode stands out mainly because of the unmistakable chemistry between the two characters, as the audience follows their journey. 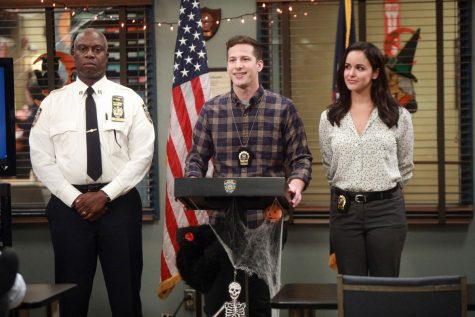 This is the most minimalistic episode of the series, yet at the same time, is the most intense and nail-biting episodes. This episode only surrounds Jake, the captain of the precinct, and a potential murderer all in an interrogation room. Jake and Captain Holt only have a limited amount of time to get the suspect to confess, so they use all possible tactics. However, the suspect is extremely intelligent and has a method to deflect every single one of their methods. This episode stands out because Jake’s intelligence, while sometimes shrouded by his immaturity, is truly highlighted and establishes him as a capable professional.

Well, there you have it, the top 5 Brooklyn Nine-Nine episodes of the series. Season 6 is also coming out very soon so be sure to keep an eye out for that. Do you agree with the episodes chosen for this list? Let us know in the comments section down below!