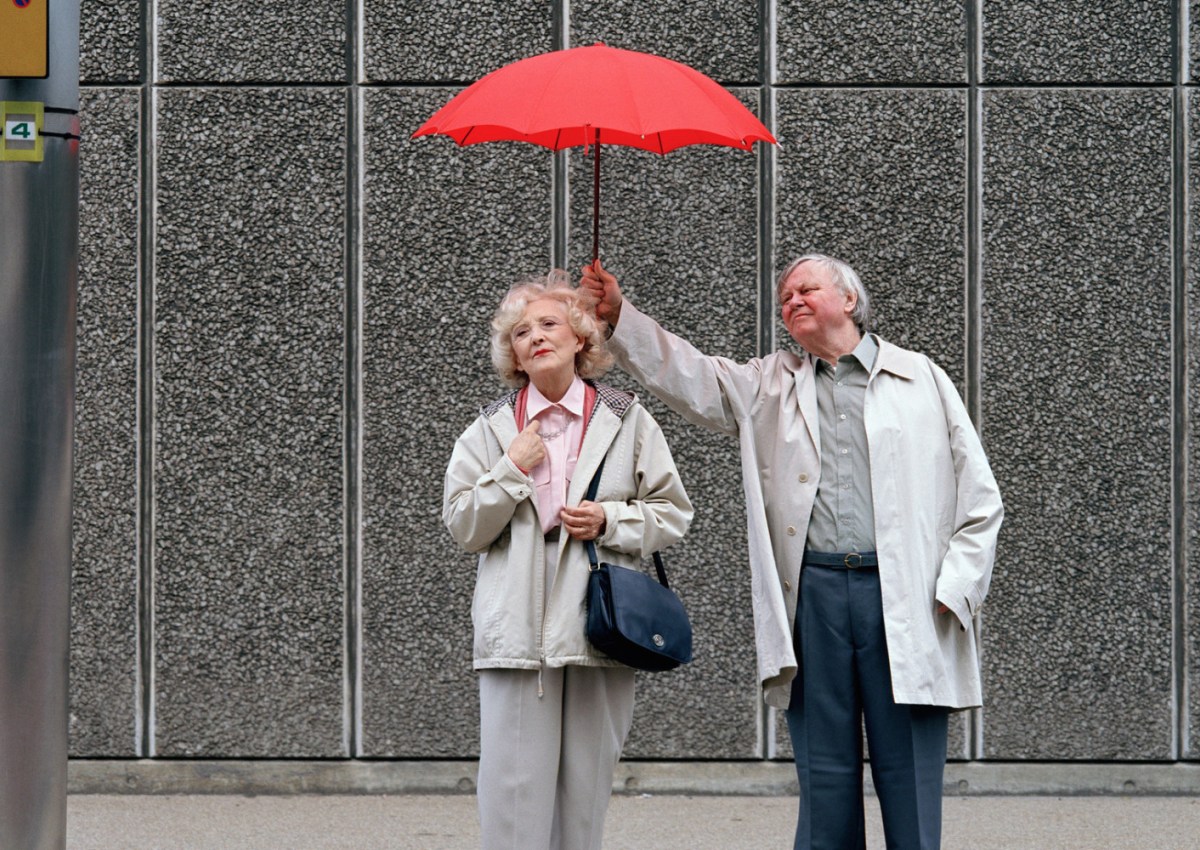 What Happened to Chivalry?

The first definition of chivalry in the oxford dictionary is “The medieval knightly system with its religious, moral, and social code.” Quite a justified and righteous ideology developed in 1170 and 1220, interesting but not quite relevant. The second definition although controversial, is a little more adapted for discussion.

The second definition of Chivalry in the Oxford Dictionary is “Courteous behavior, especially that of a man towards women.” In the Late Middle Ages a code of chivalry was established promoting warrior ethos, knightly piety, and courtly manners focusing heavily on honor and respect. Codes and standards like these were present at a time when both the social structures and gender roles were entirely different than they are today.

In modern society, the phrase “Chivalry is dead” has been presented all over media sources like shows and movies. There has been a wide realization where the typical standards for relationships have been ignored or perhaps even destroyed.

Men’s manners, like their clothes, should be unobtrusive.” “Women’s manners are more subtle, a matter of attitude rather than action.”

In todays developing world it seems that the idea of chivalry has been grouped as just another ideology meant to live in the past. What most people have thought of chivalry in the past (as this quote from Vogue’s 600 page book on etiquette proves) is one that was embedded in a undeveloped and in many many cases unequal world. To transfer expectations that a man should act in a certain way and woman should act in another is insensitive and inappropriate.

When asked if chivalry is a question of either upbringing, culture, or class then there is no doubt these variables have an extreme effect on a person’s thinking. But this article will focus more on the expectations in western culture, which in an english speaking international school has more presence in our everyday lives. 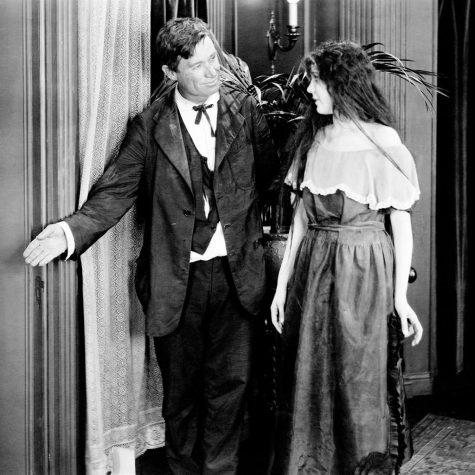 Perhaps chivalry is dead. Perhaps it is on a path straight to the depths of the underworld. But perhaps, Since it has such a old form of thinking associated with it, it is not the worst conclusion to make.

As a writer and a teenager in 2018, I understand that there are certain insensitivities when talking about subjects involving gender and their perspectives. However, the point must be made that this article hopes not to create a rivalry, but an understanding from all perspectives and hopefully come to an agreement on the issue.

Is chivalry dead in ISB?

We asked the opinions of almost two dozen students to provide their personal accounts and in some cases we will be anonymously summarizing their opinions on the concept of chivalry. There was a very wide variety of opinions on the matter, however almost all seemed to take the issue in a relatively mature matter.

It is no secret that people do date in this school and it seems that the normal age for getting into a proper relationship is getting younger and younger. By asking the perspective of other young adults who have had their fare share of experience in the dating world we get the perspective of a changing people in a changing society.

When a large group of girls were asked about the issue, they stated that their belief was that chivalry was dying but that they think it would only be an issue if inequalities were associated with the idea of chivalry. Almost all of the 5 girls came to an agreement that it’s a bad thing the idea of chivalry is fading. But if it was to make a “come back” it would have to be with the same expectations for both parties.

Chivalry should be more of an idea of kindness rather than simply male support.”

A couple sitting together was asked how chivalry is present in their relationship. Kieran Babra (12) reported that although he “paid for the first movie” they saw together he feels like both of them typically “fill the supporting roles” explaining that they both show romantic gestures to each other as often as possible. Inez Vuthimedhi (12) said that she tries to show the same affection he does to her, and they both agreed that in the sense of standards, their relationship was equal. This seems to be the type of relationship that many couples can be striding for today. What cuties!

A common theme that emerged within the three couples interviewed was that their reality was for both partners to be kind and loving no matter how they perceived modern dating standards. Although different cultures create different standards for different people most people can still agree.

Can chivalry and gender equality coexist?

Personally, being a male who has had to deal with different expectations on the topic, it is admittedly confusing and in some cases almost worrying because the views change from girl to girl. Along with saying that, I do understand that the world is changing and personally do not have an issue with having to alter my actions or routine every now and again. But that is still my perspective; there are hundreds of other situations where the implementations of chivalry or the expectation of chivalry is changed, which is why so many people and couples were interviewed on the issue. The interviews tried to focus on people who had been in relationships of who currently were in a relationship to focus on the “experts” of the topic.

Pam Temcharoen, a bisexual senior who has experienced both sides of the dating experience, brings a new perspective to the topic. She referenced that from her personal experience, “respect and romance are not attached to a gender.” Perhaps being one of the most powerful perspectives for debate of chivalry is someone like Pam who has experienced a wide range of experiences in romance and gender. With her testimony, we can conclude that in modern society, chivalry can be held as a requirement for everyone and it depends more on the standards of the relationship then the standards of society.

Idan Zeidman (9) offered his own accounts of going on first dates. “Every time I offered to pay, they refused which did relieve both me and my wallet.” Idan shows us with his stories that perhaps it is not the new generation that is destroying chivalry, it may just be a shift in gender roles. In some cases, having all people in a relationship support themselves can be even more courteous than requiring one to pay for another. Ladies, if Idan is lying through his teeth please contact us at [email protected] so we can roast him for all of eternity. It is the media’s role to produce truthful information so let us know if we are misleading anyone.

There were only a few other cases were young adults expressed their regrets on having to pay for some of their partners or having to make the first move. But, as our teenage population matures, we can assume that the problem of one partner having to live up to higher standards than the other seems to be fading.

Can chivalry and kindness coexist?

Seven people who were interviewed both in and out of couples mentioned that a big worry for them was that in the attempt to achieve equality some people (mainly men) would drop or simply ignore the normal standards of respect. In this situation, their disregard would result in them being rude or overly neglectful. It must be acknowledged that there are always two sides to the situation and in most conflicts there is never an entirely innocent side. 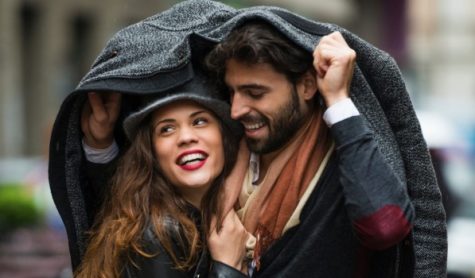 Chivalry has become more of a standard for everyone and although in mainstream media it seems to be an issue for people, in ISB or for the teenagers of Bangkok, it does not seem to be an issue. If chivalry is viewed as an issue then it seems to be a small one. In modern day dating, we see couples sharing commitment and romantic gestures and it everyone is happy with it.

Rather then chivalry being a thing of the past, unequal expectations of chivalry are a thing for the past. And neither the couples of our age or I have a problem with that.

A few dozen people were interviewed and only a have of their views were represented, this means we might have not been enough to establish a true variety of opinions on the matter. If you as a reader feel either societal standards or any people were misrepresented, or simply wish to provide a personal account of your experiences please comment below to further the discussion!