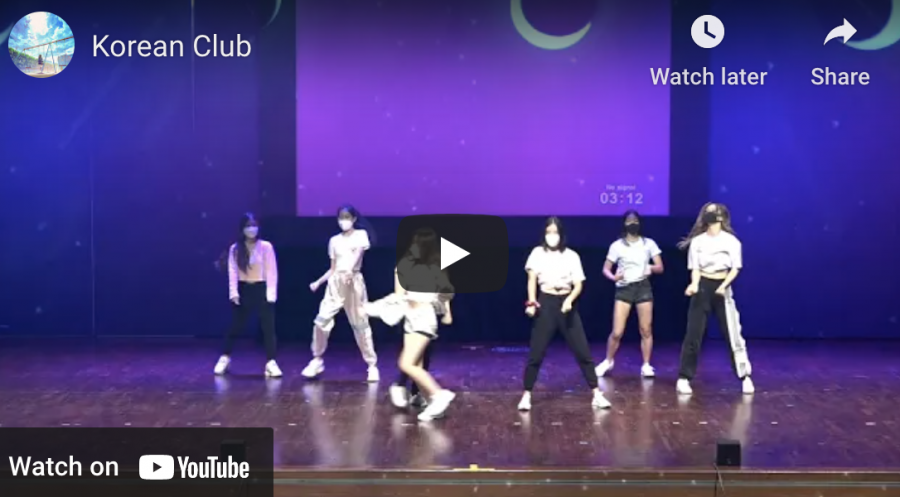 2020 intercultural assembly was by on zoom. So some people might want to see the recording of the assembly. Moreover, this article will have each club video and some comments from club officers.

What I like most about Thai culture is probably how true it has stayed to its roots, but at the same time is able to be modernized to fit with the times. Despite there being a rise of Thai dramas based on the older Thai eras but with a modern twist, or fashion lines that used Thai cloth with a modern cut, Thai culture has never been diminished to just another accessory. Because it is taught in Thai public schools and most private schools alike, Thais are great at upholding Thai culture, which is why it was able to stay true to its roots. We still celebrate our traditional holidays and still go to the temple for our cultural ceremonies. We haven’t forgotten where we came from but did not let it drag us back and constrain us in living in the past.

The intercultural day assembly was great, and it was a fun way to showcase the diversity, which is one of the things that makes ISB what it is.

Japanese clubs performed three types of performances with a wide variety of Japanese culture. This year Japanese club challenged to new dances, they carefully considered and carried out how to convey the powerful and energetic Japanese culture to the audience through dance.

I personally like that Japan has many cultures that appreciate and respect everyday’s life. For example, dances performed by the Japanese club at intercultural assembly each year, such as fisher man’s dance and Dynamic Ryukyu, are dances that worship big catches and gods. I like Japanese culture, where you can find value in your daily life, not just thank you for special occasions.

I realized that the intercultural assembly is amazing, where there are diverse and unique cultures mixed together. Hopefully, we will participate in this assembly to perform traditional and contemporary dances again.

*In the Japanese club video, there were three dance parts but one of them was copywriting so I deleted it. If you want to watch that part, go to full assembly video 11:45 ~ 13:15

French club put a lot of effort into preparing the recipes and getting together to cook, writing the script in French, before shooting and editing both videos.

There are so many things I like about French culture but obviously, French food is one of the highlights. Knowing students are also fond of it, we thought it would be a good idea to present something different in those special circumstances. Cooking is a fun way to get people together, to talk, share, do, and learn about food products and techniques. It’s also the best way to stay healthy. But cooking can also help students to explore their creative side. It’s an art as we believe in France!

This is probably my favorite assembly as I enjoy discovering through students’ performances what makes ISB truly international: the richness and diversity of its cultures. In France food is a huge part of our culture, traditions, and identity. Exploring and sharing this cultural dimension with the ISB community was a nice way to share a bit of French culture. Next year we hope students will get a chance to taste the food, it was very yummy…

Korean club had much practice during panther block and practice in afterschool. Also, they put the effort in to make everyone was familiar with the choreography and formations to be comfortable enough not only to perform but to also enjoy their time on stage.

I love how the assembly is solely dedicated to celebrating the different cultures, thus giving an opportunity to those who feel more comfortable performing or sharing something about their culture in an environment where everyone else is doing the same thing. I feel that the Intercultural Assembly manages to bring entertainment to us every year and allows us, students, to learn more about each other’s culture effectively in such a short amount of time.

What I love about my culture is our friendliness. Raised here in Thailand my whole life, I can confidently say that I have felt nothing but comfort and kindness from other Thais around me – my foreign friends have said the same.

The assembly showcased a small taste of the diverse community at ISB. It was really beautiful seeing the different cultures come together to deliver something beautiful.

Chinese Culture Club has faced two challenging things. They do not have a lot of members so many of the parts had to be changed and adjusted. Another challenge was to find time where everyone would be free to learn the dance since there was only one dancer who could teach us the dance which was Candy Wu.

In the dance, we incorporated a bit of Chinese style dance and music, shown in the first dance we did, and a bit of a more modern dance style that many people are dancing to today. For the second song, it is from a dance that many people would know as it is the theme song/dance for a television program many people, not only from China, watches. Chinese club is open to everyone, and you DO NOT have to be Chinese to be in the club. Our club usually participates in a couple of events, including the intercultural day assembly and we welcome everyone to join.

The assembly was great and we all learned a lot. We became a lot closer and it was a fun process. We enjoyed watching the other club’s performances as well and we hope to do a live performance next time too.