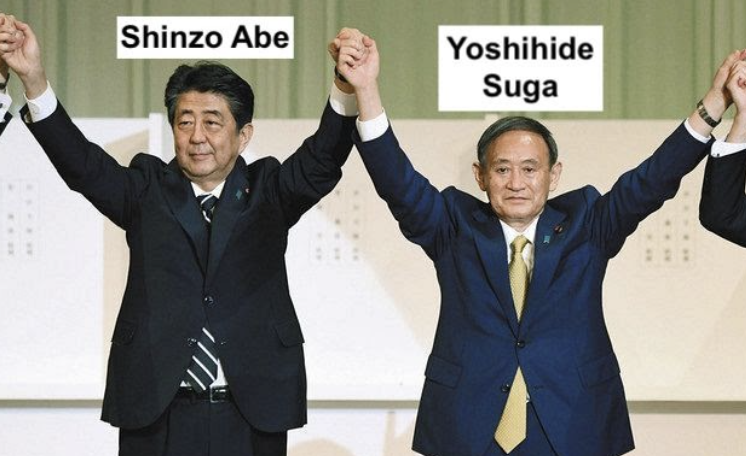 On August 24, Shinzo Abe the Prime minister of Japan hit the milestone of 2799 consecutive days in office, the longest in Japanese history. Three days later, he officially announced that he will be resigning his position as the prime minister and will be serving as a single member of parliament after his resignation.

He explains reasons for resigning as “a serious change in health conditions” as he has constantly suffered from ulcerative colitis, a disease that is regarded as an intractable disease by the Ministry of Health, Labour Standards.

This is not the first time that Abe resigned due to health problems. In 2007, he resigned due to the same disease vacating the office only one year after his inauguration. After his first resignation, Japanese politics have gone unstable. During the period from 2007 to 2012, the prime minister changed 6 times, roughly once a year. After a landslide victory in the general election of 2012, his second term in office went relatively smooth as his approval rates stayed between 30-50%, which were high enough to win the majority seat in the parliament on 6 national elections. However, the numbers were hanging low around 35% due to political scandals and dissatisfactions in the response to COVID-19.

The legacy of the Abe administration is significant yet controversial. When he entered the office, he came up with the economic policy “Abenomics” with “Three Arrows” including expansionary monetary policy, fiscal consolidation, and growth strategy. As a result of his economic policies, the unemployment rates went down, the stock prices doubled, and the inflation rate which was below zero increased up to 2% by 2014, which suggests that deflation was mildly eased. However, his economic policies are criticized for benefiting the rich more than the poor. As a result of increasing the consumption tax twice from 5% to 10% in order to reduce the corporate tax, the financial burden on the low to middle-income class increased while large corporates thrived.

In terms of foreign policies, Abe exerted himself to secure the Japan-US alliance to compete with the rising militarist ambition in China. A former senior Trump administration official said that Abe together with Trump “made the U.S.-Japan alliance, and our overall relationship, the strongest it has ever been.” On the other hand, there have been troubles between Japan and South Korea over the issues of post-war reparations, trade regulations, and military tensions. Boycotting Japan became a trend in South Korea in response to Abe’s decision to remove South Korea from the “White list,” a group of countries exempted from some trade regulations. On top of that, the negotiations with Russia on the Kuril islands dispute ended up in Russia’s constitutional reforms that forbid the cession of land to foreign powers, making further negotiations to restore the northern territories virtually impossible for Japan.

His response to COVID crisis was bashed as the decision to shut the borders and financial assistance for small businesses and households regarding the lockdown took too much time. During COVID-19, Japan experienced a disastrous downturn in the economy which some blame as a result of heavy dependence on imports, especially in the tourism industry. Overall, the number of deaths due to COVID-19 stays one of the lowest among the members of OECD which is impressive considering the proximity to China, the epicenter of the virus.

“It is my responsibility to succeed the legacies of the Abe regime,” says Yoshihide Suga, elected as the next prime minister of Japan by the members of parliament. Suga has served as the chief cabinet secretary for 8 years as Abe’s “right arm” who understands Abe’s policies better than any members of the cabinet.

The Suga administration kicked off on September 16 with an approval rate of 74%, marking the third-highest in Japanese history. This is considered mainly because of the strong support base founded during the Abe regime and the conservative-leaning trend of the Japanese voters. He boasts that his policies have improved Japan from broad targets such as attaining a higher birth rate to minor goals such as lowering the mobile phone fees to a more accessible level. “I would break down the vertically segmented administrative system,” says Suga with his vision to ease bureaucracy by making strides towards the digitalization of the public employees’ works.  With the Olympics on the horizon for Japan, Suga hopes to revive the Japanese economy for the future.