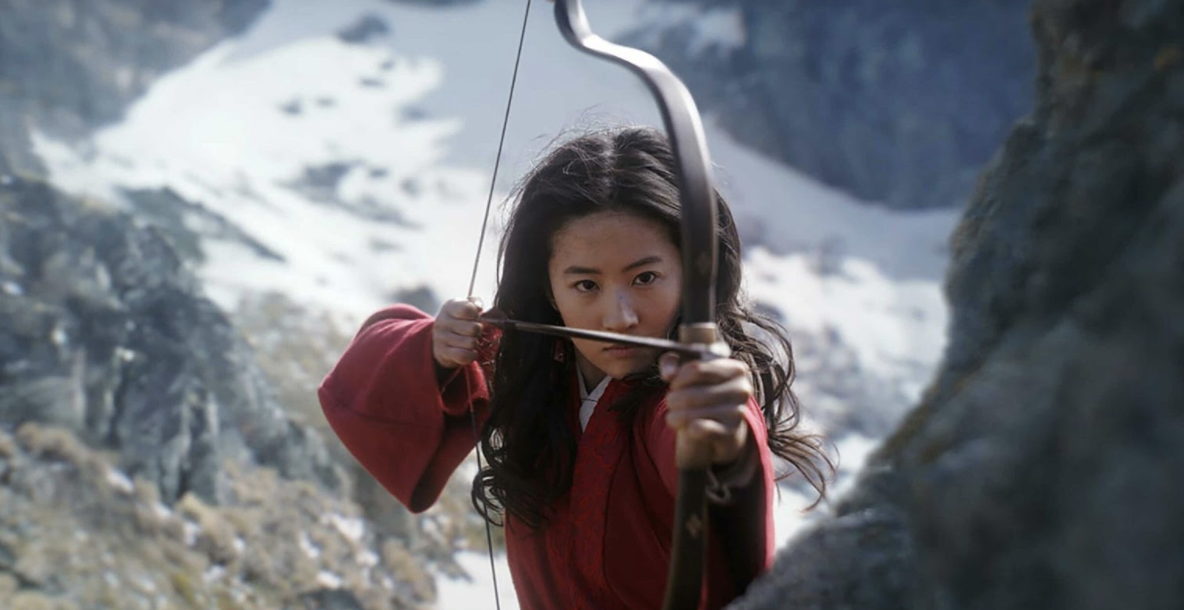 Over the last few years, Disney has been on a roll remaking their immensely popular animated films into live-action adaptations– Cinderella, Aladdin, Beauty, and the Beast and The Lion King are just a few of these ‘revamped’ films. So it was to no one’s surprise when Disney released a trailer for their latest adaptation Mulan last year… but it was the content in the trailer that left many shocked. The trailer for Mulan 2020 showcased a grittier, tougher, non-musical film.

The initial opinions were mixed: many were outraged (“Where’s Mushu?!”) but I was actually intrigued. This was a chance for Disney to properly honor a traditional Chinese legend, and bring more depth and character to the already fantastic original film from 1998.

Unfortunately, I was severely disappointed.

Somehow Disney managed to take the lovable protagonists of Mulan (1998) and make them bland.

Mulan herself is a diminished, vague shell of her animated self. She lost her charm: it feels like the writers “hope[d] the audience [would] simply insert pre-established characterizations” from the original film (Romano). “Feeling an emotional connection with one character’s personal life makes the larger conflict much more meaningful,” says Chris Carter, a writer for CGM Backlot. And sadly, this movie does not succeed in this particular area.

What used to be an endearing rag-tag group of soldiers also turned into a stale mess. Their jokes fall short and we never see any true development in their characters.

The villains this time around are actually different from their animated counterparts. Instead of Shan Yu, we have Bori Khan. Disney also introduced a new villain: Xian Lang, an exiled sorceress seeking revenge. Xian was also blessed with powerful Qi, but unlike Mulan, she was banished for it and she learned to resent society. Disney set her up as the dark equivalent of Mulan: the result of a path Mulan could have gone down. I think having Xian was a good move on Disney’s part- however, they didn’t utilize her fully. By the end, when she (spoilers!) sacrifices herself for Mulan, it was abrupt and didn’t quite touch on the emotions a scene like that should’ve.

One of the major storylines from the first film was watching Mulan grow from a clumsy, uncoordinated soldier to a quick-thinking, talented warrior all through hard work and determination. Audiences could walk away with the empowering message that anything is possible if you work for it.

So, what did the remake do?

It’s the overused trope of the ‘chosen one’, and comes across much weaker than the original. Instead of having Mulan fight her way to success in the army, she spends the majority having to hide her unusually powerful ‘Qi’ so as to not stand out.

This leads me into another criticism. This movie can’t decide whether it wants to be a serious, more practical retelling of the traditional folktale or a homage to the comedic, fun-loving musical. Instead, it gives us moments far and few in between, which overall makes for a weaker film.

Audience and critic responses have been mixed- but as I see it, this was not one of Disney’s better remakes.

The Differences Between The New ‘Mulan’ & The Animated Classic, Explained