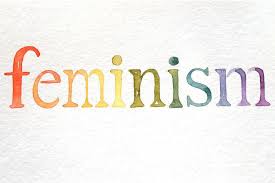 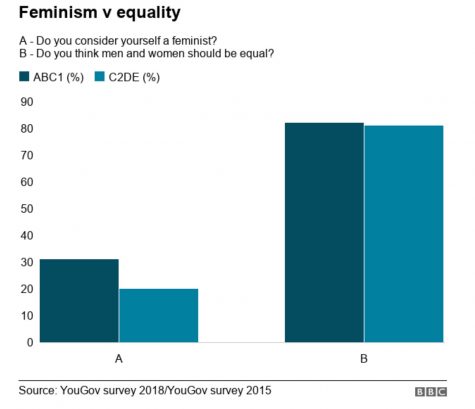 A YouGov poll found that while 80% of people surveyed believe in gender equality, only 34% said they were feminists. For years, women’s rights have been an uncomfortable topic, filled with disdain for those actively involved. Feminists are commonly being seen as misandrists when misandry is not a synonym for feminism. This inaccurate connotation of feminism is detrimental to moving forwards in social equality, as there is still much good change that needs to occur through feminism.

It’s an undeniable fact that for many centuries, women have been oppressed, and women have taken great strides in overcoming this oppression. In many countries, women have been given the right to vote, to make their own decisions, to serve in the armed forces, and thankfully, much more. But, this simply isn’t enough. Legal rights are not equivalent to social change.

In the United States, a country showing great strides in women’s rights, there are still significant wage gaps between men and women. According to Business Insider, “In 2018, a woman working full time earns 81.6 cents for every dollar a man working full time earns on average. Additionally, women’s median annual earnings are $9,766 less than men’s, according to the most recent available data from the US Census Bureau.” Additionally, April 2nd is Equal Pay Day in the United States. This day “symbolizes how far into the year women must work to earn what men earned in the previous year.”

Along with the obvious pay gap, women are also globally under-represented in the government, cooperate fields, news media, the technological sector, and much more.

Women are also much more likely to be victims of sexual exploitation. According to a report from the United Nations, with data from 142 countries, females are being increasingly targeted, including an unfortunately common occurrence of forced and underage marriage; “Girls and women [are] seized as non-consensual sex partners for domestic work.” For example, In Sierra Leone, “armed groups sought out and coerced females between the ages of 13 and 22 to be their wives.”

Another example can be evidenced by the Me Too movement, started by Tarana Burke to “to raise awareness of the pervasiveness of sexual abuse and assault in society” which started a viral social media revolution following the Harvey Weinstein sexual abuse allegations. This movement has led many women and girls to speak up about sexual abuse from men in power, revealing what was covered up for years as a result of fear. While this movement was a step forward as a result of the conviction of several powerful people covering up sexual abuse and assault such as Bill Cosby, Larry Nassar, and Harvey Weinstein, this movement uncovered a dark reality of sexual exploitation.

Legal rights can only do so much, and once these have been granted, it is up to society to truly change all of these issues. We can make this change. Let’s not make ‘feminism’ a scary or intimidating word because feminism is simply “the advocacy of women’s rights on the basis of the equality of the sexes”. Feminism means equal choice, opportunity,  judgment, power, and rights. That’s it!

Feminism offers the side effect of helping to solve many, many problems in the world. For example, one of the biggest ways to solve the overpopulation phenomenon is through female education. Right now, 62 million girls worldwide are denied an education. Right now, in Tanzania every year there are 8,000 girls dropping out of or expelled from school as a result of pregnancy. Through an increase in education, a countries birth rate is lowered, population growth is slowed, a country develops more rapidly, and each economy grows.

Another solution feminism brings is to male mental health. Feminism helps destigmatize mental health within lots of men as feminism discourages the social norm that to show emotional vulnerability, get help for mental illness, or talk to someone during a rough time is a weakness. Feminism discourages the ‘man-up’ culture. Toxic masculinity is a real problem, which is harmful to men. While the aquatic skills of men are equivalent to those of women, 80% of drowning victims are male “because they’re less likely to wear life jackets, more likely to overestimate their swimming abilities, and more likely to take risks.”

It was also shown that men who earned less than their wives for an extended period of time experienced poorer health outcomes with a shorter life expectancy and an increased chance of cardiovascular problems including diabetes, high cholesterol, and hypertension, as a result of an observable increase in men’s anxieties in these familial arrangements. Violating the code of idealized masculinity can be such a point of stress for men that it strains their overall health.

Right now, when the word ‘feminist’ is used, its connotation points us in a negative direction. Feminism is not misandry, and therefore the word ‘feminist’ should not be treated as such. To be called a feminist is a true badge of honor, to fight for equality is noble, and to create a societal change is the job of each and every person. Change does not happen overnight,  many people have distorted views of what feminism is, and its the responsibility of those who know to educate those who don’t.