Drug Testing: Is it Worth it?

Pretty much every HS student at ISB knows the combined feelings of anxiety and panic when the teacher approaches your desk and hands you the dreaded “white” paper:  GO TO HEALTH CENTER. Getting drug tested makes even exemplary students feel scared and nervous. The experience of walking into the health center, disinfectant in the air, as the nurse closes the door to a windowless room, sends goosebumps up everybody’s arms.

After getting a chunk of hair removed, students wonder why they had to go through that drug test. It’s completely random, and each year around 50% of students have to endure it. However, Ms. O’Rourke, one of the high school health teachers states, “There’s a lot of research out there that says that if you can delay somebody’s first exposure to drugs of any kind, the risk of addiction goes way down.” Drug testing is one of the larger deterrents of drug use at ISB as many students are involved with athletics, the arts, and other activities that drug use could ultimately affect. A high school student noticed that “The presence of drug testing most definitely discourages students from using drugs, as they are afraid that they would get into trouble with their parents and get kicked off their sports [or arts] teams.”

That being said, is drug testing worth it? Does it really make students stop and think before succumbing to peer pressure?

The answer is a resounding yes. 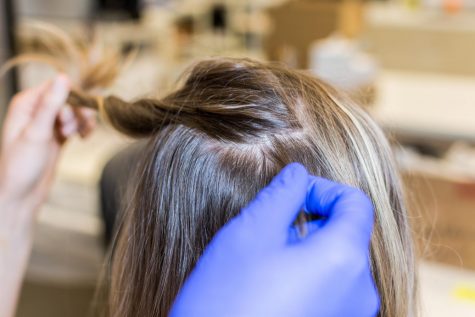 Despite ISB spending USD20,000 (roughly THB627,000) on their drug testing programs each year, Mr. Vaughan stated the primary reason for drug testing is that it “provides students a reason to say no to drug use as they may be tested.” Ms. O’Rourke also commented, “I think our student population is pretty smart in the sense that they know that if they are going to do [drugs] they’re going to put those other activities [sports, arts etc.] at risk.” The National Institute on Drug Abuse in the US recorded a study in 2012 that indicated that students prone to random drug tests reported less drug use than students in other schools. However, that being said, many other studies have shown that drug testing by itself is not that large of a deterrent and schools should implement other methods to help their students. One way is to have a more positive climate in the school.

Every year, the Freedom from Chemical Dependency (FCD) organization comes to talk to high school health classes about drug and substance abuse. A unique organization, FCD representatives are recovering alcoholics, and drug addicts, who speak with students about their experiences and recoveries. The educators noticed this last visit, that the perceptions of peer pressure at ISB have decreased while the feeling of support has increased. Mr. Vaughan also noted that “The FCD specialist who visited said that our values were the best he had seen apart from one other school in the States.” Not only should this increase our pride in our school, but shows how well ISB works with students taking drugs.

In the annual survey the administration sends out, data about drug and substance use is recorded anonymously. A difference in perceptions and usage is shown in the survey results from last year in grades 9 and 10. Even though only 14% of 9th graders reported alcohol use, 70% of the grade thinks people drink. For sophomores, Mr. Vaughan recorded that “only 2% of students report marijuana use, whereas 57% of students perceive that students typically never use marijuana.” These statistics show noticeable differences between perceptions and usage, and how little lowerclassmen report drug or substance use compared to what their classmates think. This might also convey how effective drug testing is to deter students from substance and alcohol use, as only a very small percentage does report this usage. Teachers also know the differences in perception as Mr. Carver explains that “we [teachers] are told that we over-estimate how many students do drugs.”

Drug testing at ISB, despite seeming like a waste of money to some students, is, in fact, a preventative measure that ISB goes through to keep everybody safe. I think that with the combination of drug testing, and the supportive networks, minimal peer pressure, and the ISB values, students at ISB are less likely to do drugs, and therefore can do better in their athletics, arts, and academics.

Let us know what you think in the comments below!