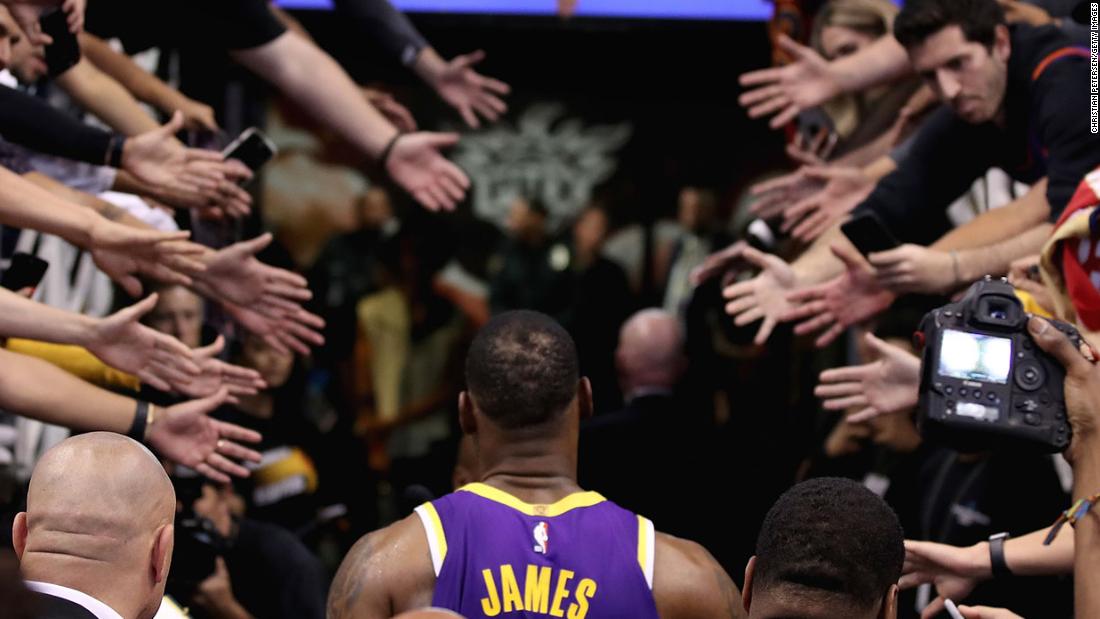 Adam Silver makes pressured decision for hiatus in order to protect the players. 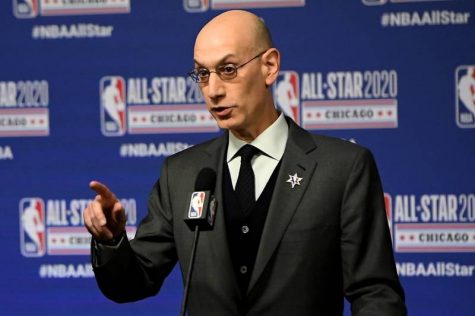 The 2019-2020 NBA season has been nothing but a roller coaster. From the defending Western Conference champion Golden State Warriors being one of the worst teams in the NBA, to many stars taking on new teams, the season has already been quite unpredictable for fans. However, it has just become significantly worse. Due to the notorious coronavirus outbreak, commissioner Adam Silver has made the executive decision to postpone the rest of the season until further notice. While this conclusion may be surprising to the basketball world, NBA administrators have been in talks about combating the virus for a while now.

Before coming to the consensus to postpone the season all in all, the NBA experimented planning to play games without fans. This did not bode well with players, many of whom had something to say about the controversial potential decisions. This included the face of the NBA, LeBron James, who, amidst talks to play games without fans, decided that he would refuse to play in games without a crowd. Meanwhile, Stephen Curry, another pioneer of today’s game, touched on the talks of how the NBA would deal with the virus moving forward. Curry explained that he’d rather play in an empty arena ‘with music blasting’ than cancel games all together. Another high-profile NBA star, Kemba Walker, disagreed with Curry’s thoughts. Walker illuminated in an interview that he thinks the NBA should postpone the season rather than play in empty arenas, simply for the players sake.

However, the debate of the hiatus was soon out of the league’s hands. The sports world, shocked by the outbreak of the coronavirus, has been just as devastated as other leagues. The UEFA Champions League, arguably football’s most prestigious club-based tournament, has been postponed after Danielle Rugali, a player for football club Juventus, became the first athlete with the coronavirus. Additionally, March Madness, the famous college basketball tournament that estimates 12 million viewers annually, was forced into cancellation. Due to all of this, pressure on the NBA increased to cancel their season. 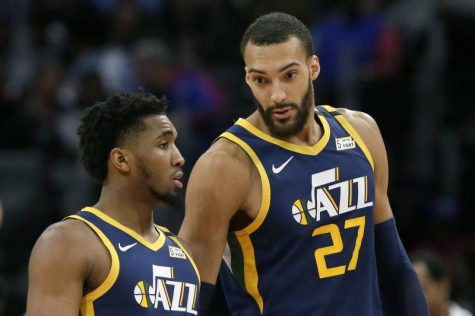 Not only did the postponing and cancelling of other major sports leagues put pressure on the NBA, but the situation got out of hand on March 11th in Oklahoma City. In preparation for a matchup between the Oklahoma City Thunder and the Utah Jazz, the game was postponed right before tip-off due to a few players claiming that they felt sick. Hours later, all-star center Rudy Gobert was diagnosed as the first player with the coronavirus. He then passed it on within days to teammate Donovan Mitchell. In addition to the two Utah Jazz players being diagnosed with the virus, Christian Wood of the Detroit Pistons got the virus after matching up with Rudy Gobert recently before his diagnosis.

Immediately after the Jazz center had been diagnosed with the coronavirus, the NBA made the pressured decision to put their season on a 30-day hold. However, recently, the center for disease control made the announcement that for the next 2 months, gatherings of over 50 people are no longer allowed. 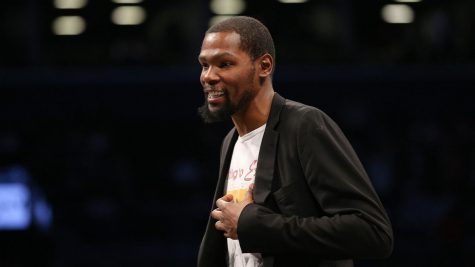 However, recently, the virus has continued to spread across the NBA. The Brooklyn Nets, a team that hadn’t previously been in contact with the Utah Jazz nor the Detroit Pistons, recently discovered 4 players who had tested positive. While not all names had been publicly released, the media knows that Kevin Durant, one of the NBA’s premier and elite players, was amongst the four. Because of this, the Los Angeles Lakers, the last team to play the Brooklyn Nets, and a team with the likes of LeBron James and Anthony Davis, will now be tested for the virus.

Because of this, the NBA is uncertain at the moment of an exact return date, but they are targeting mid June. In the event that this occurs, the season would go into August, something that has never happened before for the NBA. This unique situation has devastated not only the NBA, but the entire sports world, who have been put in an unfamiliar situation during the breakout of the coronavirus.