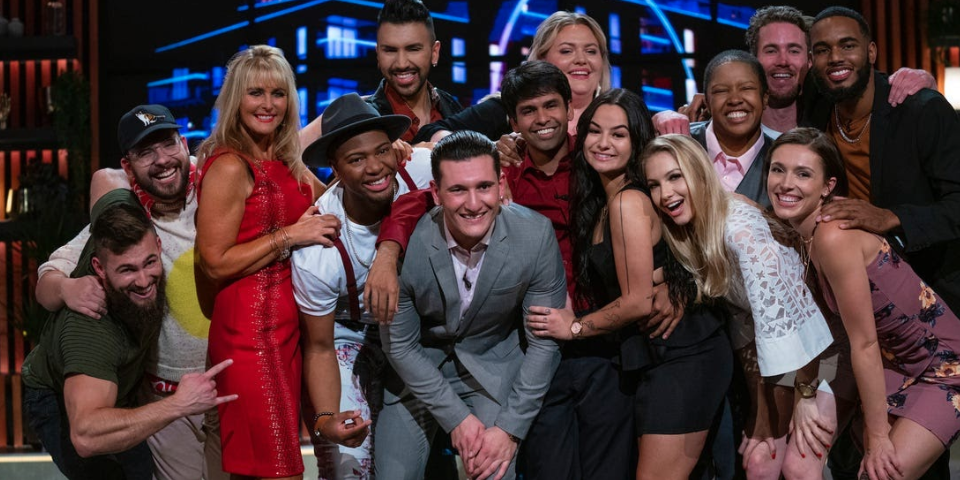 What Netflix Show “The Circle” Says About Gen Z

What Netflix show “The Circle” says about Generation Z

At the start of this year, Netflix released a reality-TV series named “The Circle.” In short, it circles around (see what I did there?) a group of people who can only use social media to communicate/interact with one another. They then have to rate their fellow players, making the two most popular players ‘Influencers.’ Influencers are given the ultimate ability to ‘block’ a player from The Circle. When it gets down to the last few people, the most popular player will win 100,00 dollars. All the while, players can DM each other and update their profiles. But be warned: there’s catfishes, To some, the catchphrases used can seem slightly confusing. But to the new generations, this unique vocabulary is second-nature. Having grown up in a post-Internet world, most of Generation Z are naturals online. And making up 32% of the world’s population, the young people born between 1997-2012 are the upcoming generation to be tomorrow’s leaders.

Gen Z are definitely a heavy presence on social media. With that being said, we don’t always use our platforms sensibly. 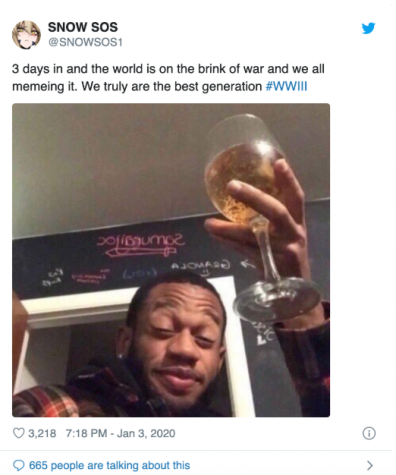 Take the airstrike on Iran’s military commander Gen Qasem Soleimani, orchestrated by US president Donald Trump in early January. This caused an uproar in both countries, snapping an already tense relationship between the two nations.  What did our generation do, you ask? As The Daily Mississippian put it, “we combatted our fears of catastrophe with memes.” Teenagers around the world flooded the web with tweets, Tik-toks, and posts about a potential World War III. This is also the same generation that helped make an egg the most liked post on Instagram. We also supported/created a mass movement to storm Area  51 last September, spamming the web with hundreds of memes leading up to the ‘event.’

On the flip side, this generation can also be firm advocates for change when they want to. In the summer of last year, 26-year-old Mohamed Mattar was killed while doing a peaceful protest in Sudan. To honor him and raise awareness about the deadly unrest in Sudan, social media turned #BlueForSudan. I personally remember several classmates following suit, changing their Instagram profile picture to a shade of blue to support the innocent Sudanese people caught in a civil war. Dinan Alasad, remarked on how the internet and social media have played an important role in the conflict. “It really is the youth realizing through exposure and conversations with each other and through analysis that we can do so much better,” said Dinan. Flash-forward to the end of 2019. After there was practically no coverage on the fires in Australia and the Amazon rainforest, the Internet took it in their own hands to spread the news and help by raising awareness, and donating to fund the cause. Many ISB students used their own social media to shine a light, helping only as we could.

In our own quiet ways, this generation is changing the world as we know it. With so many digital tools at our disposal, there’s no telling what we can do with the growing Internet population and our natural skills. “[Generation Z] often puts aside its differences and rallies around causes that will benefit the greater good,” says Dara Fontine, a writer for Hootsuite (social media management platform). 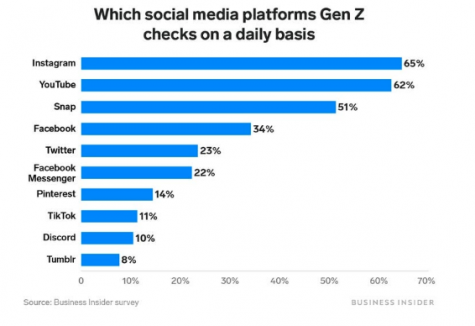 So what does all of this have to do with ‘The Circle’? Everything, actually: this is just the start of the media being influenced by this rising generation. With social media, we can feel so connected to the world while being alone. The key is to use it to our advantage: technology has shown no signs of slowing down anytime soon — and neither has this generation.