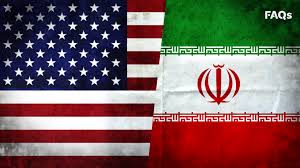 The mess in Iran

As we transition into 2020, the news about the tensions in Iran has become a worldwide focus. In social media, #WWIII trended for days, and anti-war protests took place in many places around the US. For those who are not following this event, It might be difficult to keep track of what is happening now. This article attempts to help you with providing basic knowledge about the developing conflict between Iran and the US.

On January 3, 2020, Qasem Soleimani, an Iranian major General in the Islamic Revolutionary Guard Corps, was killed in the bombing raid on the Iranian Military facilities by the US.

While Iran accuses the US of murdering the hero of Iran, Donald Trump justified the attack as a lawful retaliation against the repeated attack on American military bases and embassies by terrorists supported by Soleimani. The tension still continues today as Iran resumed its uranium enrichment process, going against the Iran Nuclear Deal.

The background of the tension between Iran and America dates back 40 years, to the Iranian Revolution in 1979.

Until 1979, Iran was ruled by the imperial house of the Pahlavi dynasty. Back at that time, Iran was a pro-American state developing westernization.

With the people’s desire for a more conservative and religious state, the Shiites overthrew the dynasty and established the Islamic Republic of Iran with Sharia laws (laws based on the Q’uran).

Since then, Iran has transferred to an anti-America stance. That was when the Quds force was formed. As a commander of the Quds force, Soleimani contributed to expelling ISIL from Al-Fallūja and this is why he is revered as a heroic martyr by the Iranian people.

While it is reported that the Iranians are furious by this murder of a “hero” of Iran, the American government promotes the view that it is only the conservative Shiah sect fundamentalists who support Soleimani.   It is also believed that he is responsible for atrocities to his political and religious opponents, the torture and murder of the rebel forces against Assad (Syria) in a cruel way (starving them to death and even using chemical weapons), and planning to attack 4 American embassies.

In response to the airstrike, Iran vowed retaliation against the US. On January 8, Iran fired an estimated 10 missiles at the American military base in Iraq. The missile shot by Iran was Fateh-313, a solid-fuel short-range ballistic missile.

Since the Missiles were shot at parts of the sparsely populated part of the base, fortunately, no US soldiers were reported to be killed. Iran declared the success of this “Operation Martyr Soleimani” as a self-defense act to pressure the US by showing the ability to fire back whenever they are attacked.

Foreign Minister of Iran Mohammed Javad Zarif adds on “we will defend ourselves against any aggression, but we don’t want a war”. Although optimistic, Iran seems to be negative about having a war.

The American side, on the other hand, is led by a President who is having an election this year. While some suggest that it is unlikely for Trump to take the worst decision of going into a battle just before the election since the public perception of war nowadays is negative, Trump’s tweets on twitter convey his aggressive attitude against Iran, (see screenshots of Trump’s tweets) as well as implying attacks on cultural sites.

This tension has led to A tragedy, a loss of 176 innocent lives. On January 8, passengers were killed in the crash on the Ukrainian Airline plane heading back for Kyiv.

Initially, the Iranian government claimed that the plane crash was caused by the error of the plane but soon withdrew its claim and admitted with an apology for the victims that they unintentionally shot the plane with missiles. They explained that as the plane was flying towards a “Sensitive military centre” at “its highest level of readiness”, the system took that as a threat and shot it down.

Three days later from the crash, Hassan Rouhani, the president of Iran posted an apology on Twitter “The Islamic Republic of Iran deeply regrets this disastrous mistake. My thoughts and prayers go to all the mourning families. I offer my sincerest condolences.” Victim families are seeking further investigation and compensation for the lives lost in this crash. (photo by The Times of Israel) 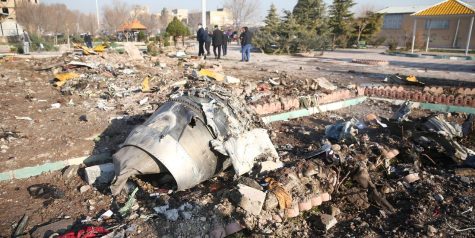 “If there was no escalation recently in the region, those Canadians would be right now home with their families. This is something that happens when you have conflict and the war. Innocents bear the brunt of it,””