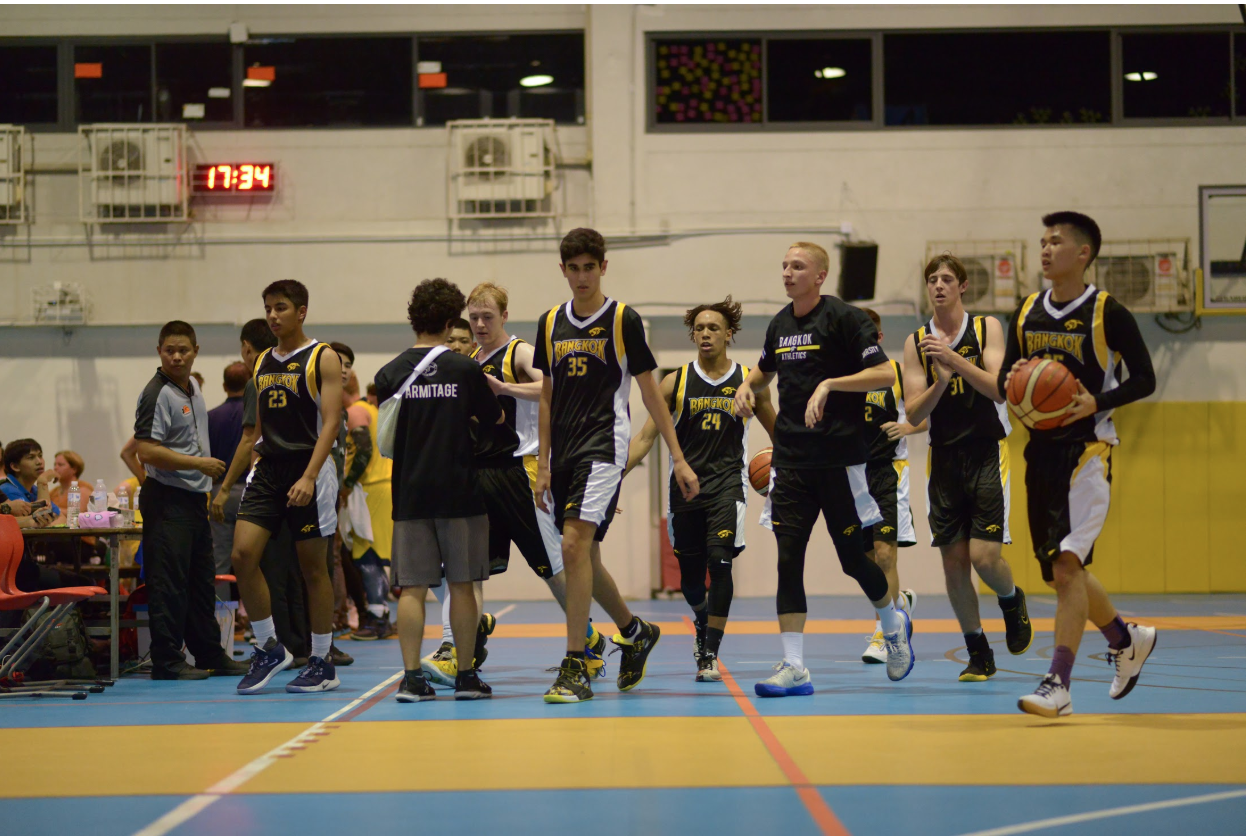 Pre-IASAS Basketball: Strong Performances By The Boys and Girls at Home

This year, ISB hosted the pre-iasas exchange for basketball. With three other IASAS schools (ISKL, JIS and ISM), as well as other schools from Vietnam, Chiang Mai and Singapore, our boys and girls team had plenty of competition over this enduring 4-game weekend. Our boys were able to come in second place despite an injured roster, and our girls were able to get a third place victory over Jakarta in a tough game. With that being said, here is a recap of the boys and girls successes and failures at pre-iasas this year.

After a tough tournament at the American School of Bangkok the weekend before, the boys came in to exchange hungry for victory after falling second the previous week to ASB. The boys opened this tournament with a game against three time defending pre-iasas champion Grace International School of Chiang Mai. After a strong first quarter that saw them up 18-4, the boys never looked back, getting the victory followed by strong performances by seniors Austin Byrdsell and Lucas Wilson.

Following their win against Grace, the boys played ISM in a scrappy, tough game. The boys came into this IASAS-rival game hungry. The first quarter saw just 10 points combined by both teams, and the rest of the game was back and forth. Both teams crashed the rebounds and played solid defense, and it came down to simply who could make more shots. In the end, ISB came up with the victory after clutch free throws by Ismael Benmoussa (10) and James Lollback (12), putting the game away and finishing with a 53-47 win.

In day 2, the boys tried to carry over their success, but didn’t see much despite their wins on friday night. In a game against UWC East from Singapore, the boys were left with just 7 players, after 2 seniors faced injuries and 3 members of the team had commitments to their ROTC service. This led to defensive struggles against a sharp-shooting UWC team, and the boys ended with a 75-63 loss.

Although the boys lost their morning game, their two victories over ISM and Grace were enough to put them in the finals. This time they faced ISKL, another IASAS rival. Without senior veterans CJ Armitage and Austin Byrdsell, as well as sophomores Milan Pant, Rikki Nishioka and Leon Wu, the boys had a tough time defending their home court, ending with a 40-34 loss in another low scoring game.

The girls came into exchange ready to play in their first tournament. To open, they faced UWC East from Singapore. This was a back and forth game, led by sophomore Nina Pant and freshman 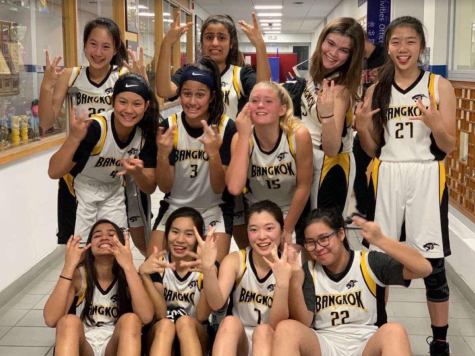 Ashley Vitayatanagorn, who’s sharp shooting and aggressive drives to the basket gave them some easy points. Despite their efforts, UWC East pulled away, beating our girls 28-27 in a game that went down to the wire.

The girls certainly bounced back in their second game, against a weaker opponent in ISKL. They out-hustled, out rebounded, and of course outscored their opponents. Hungry for their first victory, the girls came in with a no-nonsense mindset, managing a 56-14 victory behind a team effort.

Overall, both the boys and the girls placed fairly decently at pre-iasas, and competed well with other IASAS schools, winning a combined 3 out of 4 of IASAS matchups. Despite the fact that they did decently well, there is certainly room for improvement if they want to win at IASAS.