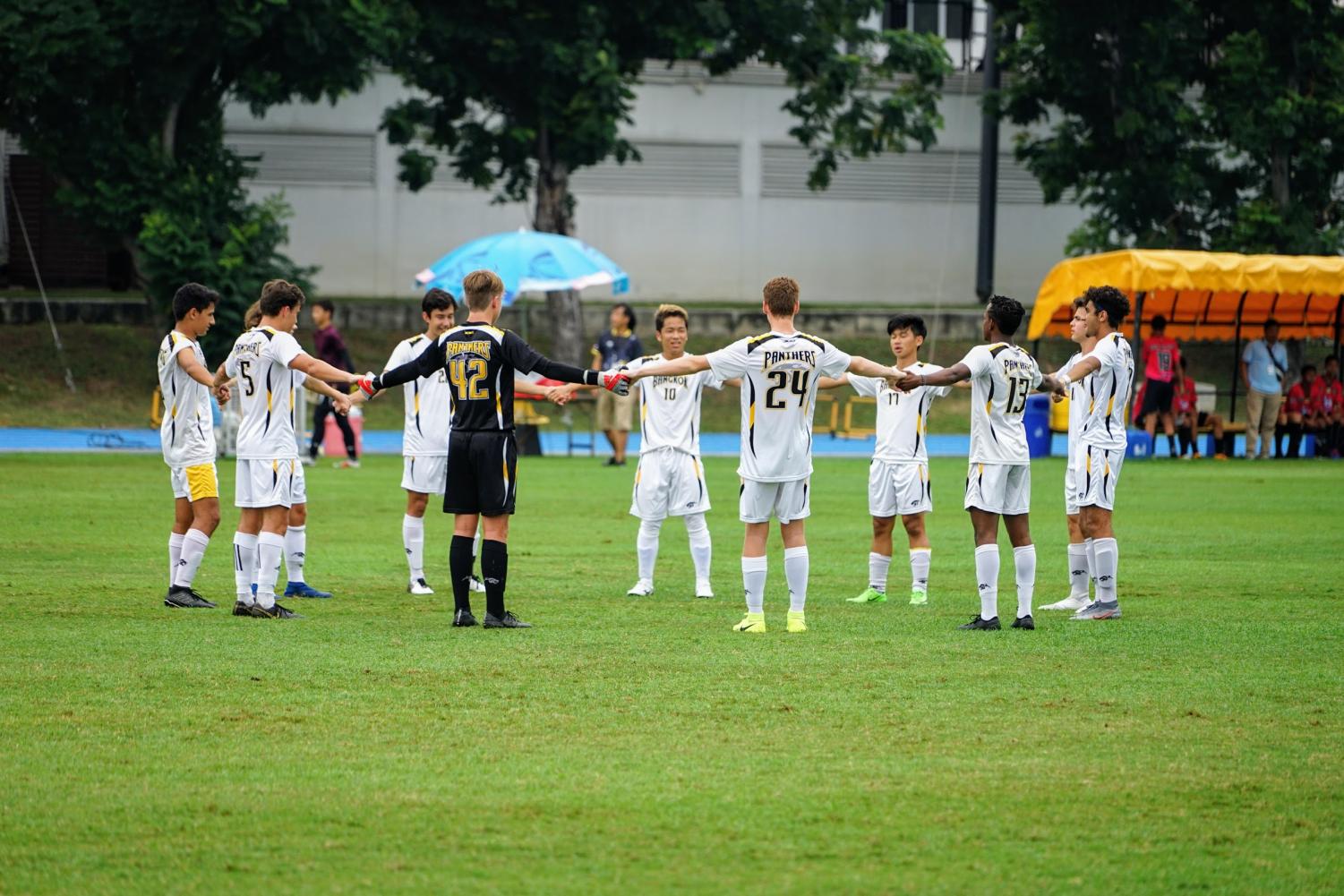 At the IASAS tournament last season, the girls football team pulled off a big upset when they beat ISM on penalty kicks to finish 3rd out of the 6 IASAS teams. This year, the girls intend to finish with a gold medal through hard work and determination.

The team has been practicing daily since the start of school. Ashley Bremner (12), a senior captain, has said that, “In terms of progress the girls this year are looking very good since the start of the season. We are working very hard to better ourselves and have good team chemistry which is very important to us. So far we have made a  massive improvement since the start, and hope to continue to get better.”

Bremner is driven to keep her team working hard  and ultimately, get their hands on that gold medal at Super-IASAS in Manila (where all three first season sports are being held in celebration of ISM’s 100th Anniversary.)

“this will be our strongest team in terms of skill. I think if we continue building up our fitness and team chemistry we will be extremely competitive this year.””

She, similar to Bremner, McArthur has seen improvements from previous years this early in the season, and aims for that gold medal at IASAS.

Coach Adam Kirk, who enters his third season at the helm of girl’s football at ISB, thinks that, “It’s been an encouraging start. We had record numbers at the week of Varsity try-outs and we had 23 girls joining practices for JV. We are trying to build a girls program at the school. We played our first game last Monday against our regular opposition – Bangkok Sports School. The Sports School are technically very good and we enjoy playing them, because it’s an extremely tough game. We have never beaten them – but we always put up a good fight. In the last game we even scored [Jane], so, in terms of progress, we are moving in the right direction.”

Coach Kirk concluded that they have shown massive improvements from previous years, and are moving in the right direction in terms of playing together as a team and getting the goals they are rewarded from playing together

The boys on the other hand, have gotten off to a sky-rocketing start, beating their opponents  in their first game 6-0. This team is looking very promising for the upcoming exchange and IASAS.

The boys have been training extremely hard, doing fitness work 3 out of their 5 days of practice. Thomas Bulow (12), senior captain  for the team, has been quoted saying that, “I feel really good about the first few weeks. I think the team is already really close and we are looking forward to seeing how we can play together in our first game this week and for the rest of the season. The fitness levels have been especially impressive and everyone seems motivated for the rest of the season.”

Bulow is determined on leading his team to an IASAS gold this year, as he feels he could’ve done so much more at IASAS last year.

Coach David Speirs, who enters his 4th year coaching  the Boys’ varsity team, applauds the work ethic of the boys.  “You’re putting 9-10 months of a club season into 8 weeks for a school season. Lots of things to go over but the players are working hard, which is great. We’re hoping the leadership team continues to ‘shine’ and motivate the players. All the players are trying their best. ‘Beast in Training, Beast in Games’.”

Coach Speirs has very promising hopes about the boys team this year, implying that they have a very good chance of winning the upcoming IASAS in Manila.