Closing The Wage Gap, Not As Hard As We Think 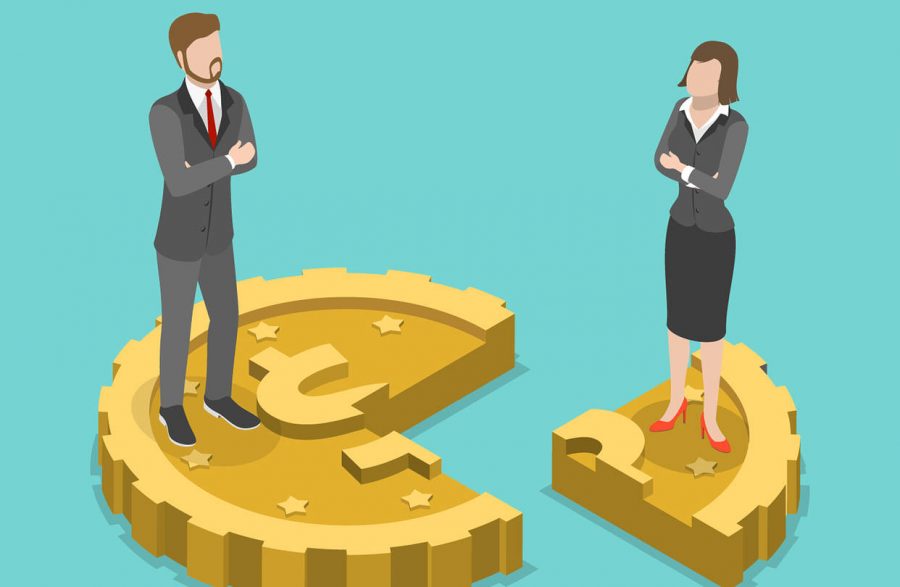 This article has been submitted by the 10th-grade English team as an outstanding opinion editorial written by a student from the
persuasive writing unit.

When Billie Jean King beat Bobby Riggs in the 1973 “Battle of the Sexes”, it made history by being the widest viewed tennis match hosted in America ever. King, at 29, was one of the top female tennis players in the world, though the pay disparity between her and her male colleagues was vast. Her 55-year-old opponent had been trash talking her and the entire section of sport which she originated from for months leading up to their match. It was highly anticipated; the match was watched by millions around the world. Billie Jean King beat Bobby Riggs 6–4, 6–3, 6–3 proving that she had equal if not more skill. Billie learned from Margaret’s loss and capitalized on Bobby’s weaknesses.

Here’s the thing though, despite King’s clear winning of the match and then being awarded the 10,000 dollar prize money, Riggs won in his own way. Bobby Riggs was funded miles beyond Billie Jean King. With dozens of sponsors including a “sugar daddy” jacket which he was paid 50,000 dollars to wear during the match. They were identically skilled – actually, she was a lot better than him – but he still got paid mountains over what she got. This was an early example of very unequal pay that the whole world saw. Unequal pay for the same work is an international issue and a problem we need to solve; it doesn’t have to be as hard as we think, however.

Billie Jean King showed the world without a doubt that it was possible for a woman to beat a man at his own game. But she experienced a drastic disconnect in her level of skill and her level of pay. She was an example of public wage inequality and unfortunately, there are women who suffer far more than she does.  The wage gap needs to be closed and it needs to be closed now. Approximately half of the people in this messed up world are women and far too many of them are working in spaces where they are mistreated and harassed. And when the monthly paycheck finally arrives, that discrimination is once again amplified, because the amount that they are paid is too small in comparison to their male counterparts.

The debate on not only the wage gap’s justification but the wage gap’s existence is polarised. The topic has been pushed farther and farther into the light accompanied by the fourth wave of feminism, based within the expanse of social media. The wage gap is a relevant and growing issue. It affects women, working or not, in many ways. In a position of power, the possible salary of men is typically higher than women; Hollywood (although slightly remote) proves this regularly with leading men and women having extremely disproportionate payments. In lower class jobs, women often earn the minimum wage or even less, despite it being illegal. This can force young mothers to split their time between working to support their families and taking care of their children which is very taxing on their wellbeing. Although this may follow the biological norm, emerging social change has accurately proved that fathers are just as capable of taking care of children.

This misconception doesn’t come from people underestimating its existence. It comes from people’s thinking that its an issue that can’t be solved. In many minds, the gender pay gap will never be closed; this is still an issue that needs to be addressed. Many people shy away from addressing the gender gap because of the perceived enormity and complexity of the task. So many women around the world are being affected by this in so many different work environments.

There are examples of change, however. Two main examples of countries and closing the wage gap are presented below. One case study is the developing nation of Rwanda and another is Iceland, which has managed to implement a famous nationwide paternity leave. These two extremely diverse nations have managed to find one commonality in their desire for gender equality.

Neither of these two nations has achieved perfect equality. The typical increment for measuring the pay gap is how much of a dollar is earned by women for every 1 earned by a man on average.  Iceland ranks first internationally with 0.878 cents to each dollar and Rwanda ranks 4th with 0.822.

The story of how these two nations that have managed to reduce their unequal pay are very different. These differences, however, provide us with a testimony that it is plausible for the world today to cease the financial inequality which is present in many modern day societies.

Rwanda and Iceland prove it’s possible, even though you think it isn’t.

The Rwandan genocide was one of the most significant killings of an ethnic group that had a lasting effect on modern society. The government, which was a high percentage of Hutu, carried out a systematic killing of the Tutsi people. The genocide resulted in an estimated 500,000 to 1,000,000 Rwandan citizens (mainly men) being targeted and killed. Although it’s an extremely dark concept, it was this exact atrocity which led Rwanda to its modern-day wage gap. The void that was created by thousands of men in power being executed was required to be filled by the many wives, daughters, and sisters that still remained alive. Rwanda was left with an extremely depleted male workforce and because of this, many high and valuable positions in politics, government, and society are currently held by women. The women of Rwanda were given the opportunity to emerge into positions of power and they surpassed the standards that had been set by the men before them. 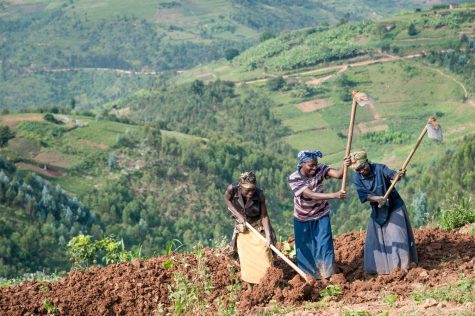 Rwanda achieved the right thing in the wrong way. Rwanda isn’t a perfect example of how we can close the wage gap. For that to be true, we would have to kill off a large portion of the male population. It is, however, a success story of a country which has had to rely heavily on its working women and thrived because of it. Rwanda is globalizing and its economy is booming. Slowly but very surely Rwanda is recovering from its devastating past and a large chunk of it has to do because of its women.

Paying attention to Rwanda’s story arc of recovery proves to us that it is possible. It’s possible in a developed country to change a way of thinking, to change the patriarchy, and still succeed.

Iceland’s drastic legal and societal change drove it straight to the leading nation in gender equality. Other then legal change, it managed to tackle the root of the problem. Iceland’s government recognized the issue and rather than enforcing a hard law forcing pay to be equal, it shifted its people’s view on women and men in the workplace. The new societal norm was for both men and women to have maternal and paternal leave.

The law allowed men to go on paternity leave after the first few weeks of infancy when motherly care is a necessity. The catch is, however, that they have to agree or disagree to the terms within the first two weeks of the baby’s life which forces them to take all of the leave or not go on it at all. Most men opted in for paternal leave after reporting they wanted to spend more time with their children and get off work (wouldn’t you??). Men’s desks were left empty around the nation as they went home to care for their children.

From an employers stance, if a man is just as reliable as a woman, or just as likely to take parental leave, then there is no difference in their working assets and liabilities.

Iceland changed what parenting is and because of this, it changed how women were accepted in the workforce. Every country can implement this exact same program and the outcome is only positive. Iceland took less than a year to get this law on its feet and that proves that changing the wage gap is possible for any country no matter how extensive its economic growth. We must learn from Iceland and although it isn’t a large country, all nations can all look up to its sensible and forward-thinking policies.

I don’t have to learn from countries like Iceland. I have a mother. I have a sister. I am lucky to say that at the time of writing this I also have a girlfriend. All three of these amazing women inspire me every day with their work ethic, kind hearts, and quick wit. My mother has been a quantity surveyor going on 30 years now. Knowing I was writing this article, she presented me with many examples of her coworkers and her having to fight for pay that matches the men they were working with. She knows the potential for social change and economic empowerment is very high, but only if we delve into this issue and learn from those who have succeeded at it before us. We can improve workplaces, then we can improve countries, and eventually, we can change the world for women everywhere.

We aren’t going to solve discrimination easily. It is an upwards battle against a well funded older system wearing a sugar daddy jacket. But if we do win, proving change is possible, and we learn from those who came before us. Everyone will be better off.