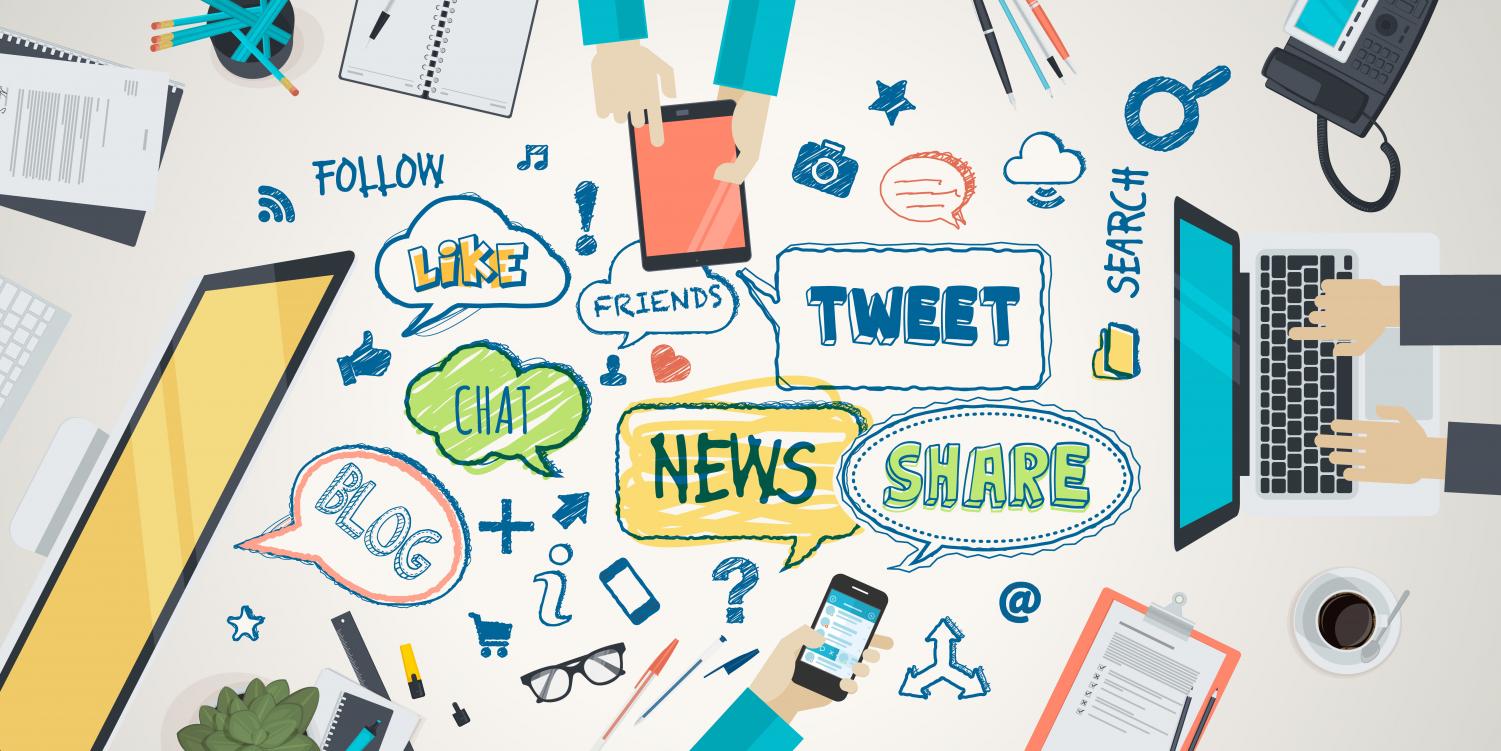 While exploring and pioneering through playgrounds, young children begin noticing dominant characteristics demonstrated in the group of children playing amongst them, and start mirroring these characteristics in order to be accepted by these other toddlers. Unintentionally, speech patterns, expressions, and even tone of voice begin transforming as a response of who they’re with or who they talk to.

Finding a reflection of ourselves in those around us is perceived as a form of validation, and just the way this psychological concept infiltrates the playground, the same concept can be observed in the digital world through the screens of our phones.

The need for acceptance is a basic human instinct-  some value it more than others- however, subconsciously, sentiments of conformity begin trickling in. Our craving and desire of communal acceptance begins prompting individuals to modify themselves or begin acting and presenting themselves differently. Although these sentiments have persisted within society since the beginning of civilization, coping mechanisms for these emotions have vastly changed since 2005.

The introduction of this piece of technology to society rapidly revolutionized human interactions. All of a sudden, every joyous moment could be captured with the click of a button, every moment could be upgraded through the omnipotent power of music, and anyone could be contacted any time, anywhere. As time progressed, adolescents especially seemed to forget the pragmatic values promoted by this piece of technology.

Many Teenagers of the 21st century instead prefer using their phones as a means of texting their friends while sitting and eating dinner with their family, finding excuses to not do homework, and having a screen to look at in order to avoid “awkward” social interactions in public.

The introduction of social media into the daily lives of adolescents appears to have provided a range of benefits, serving as a platform allowing for the preservation and creation of international friendships,  fostering environments that welcome diverse opinions, and a convenient resource to use in order to spread awareness.

So what’s the problem?

Our primal and instinctual need for acceptance and urge of elevating societal presence has taken over. Today’s adolescents struggle to eat a meal without posting a photo about it, struggle to hold a conversation without checking their phones, and struggle to complete simple academic tasks as a result of increased phone usage and  a reduced attention span. Numerous studies depict strong correlations between elevated mental illness and suicide rates in relationship to excessive use of technology.

The biggest problem: we all know this issue exists. And we chose to accept it.

Despite receiving education regarding the limitations brought forth by these technological innovations, most adolescents seem comfortable accepting such societal changes. Recent documentaries on Netflix such as the “Social Dilemma” highlight the addictive algorithms and marketing schemes that many media and technology companies use as a means of creating profits by keeping teenagers addicted to their phone screens.

Through the progression of time, technology has become heavily integrated into the lives of not only adolescents but many adults as well, thus, fostering a challenging environment for teenagers to seek methods of mitigation in relation to their increased social media and technology usage. Rather, individuals must actively seek methods of adaptation to combat this issue.

In Mr. Werner’s Higher Level IB Language and Literature class, students were asked to write about aspects of technology and social media which are undesirable, as well as five rules to abide by as a means of reducing their digital footprint. Some students even experimented with switching their phone notifications off to see if this would enable them to reduce their average weekly screen time.

In their rules, many students agreed that humans are not as good at multitasking as they believe, our brains are not built for it. Furthermore, it is important that students do not attempt to use their phones while doing homework, and also for students to put their phones away when in a social gathering/situation such as when having a meal with either their family or their friends.

Many students also became candid about the unrealistic societal expectations placed upon them in regard to social media usage. Many students agreed that it should be socially acceptable to not have to respond to texts right away, and instead have the liberty to respond when they feel like, this delayed response should not be greeted with judgment but rather with empathy.

As technology continues advancing and the organic components of relations begin transforming into complex interactions facilitated through social media, individuals are reminded to be cognizant of their digital footprint.