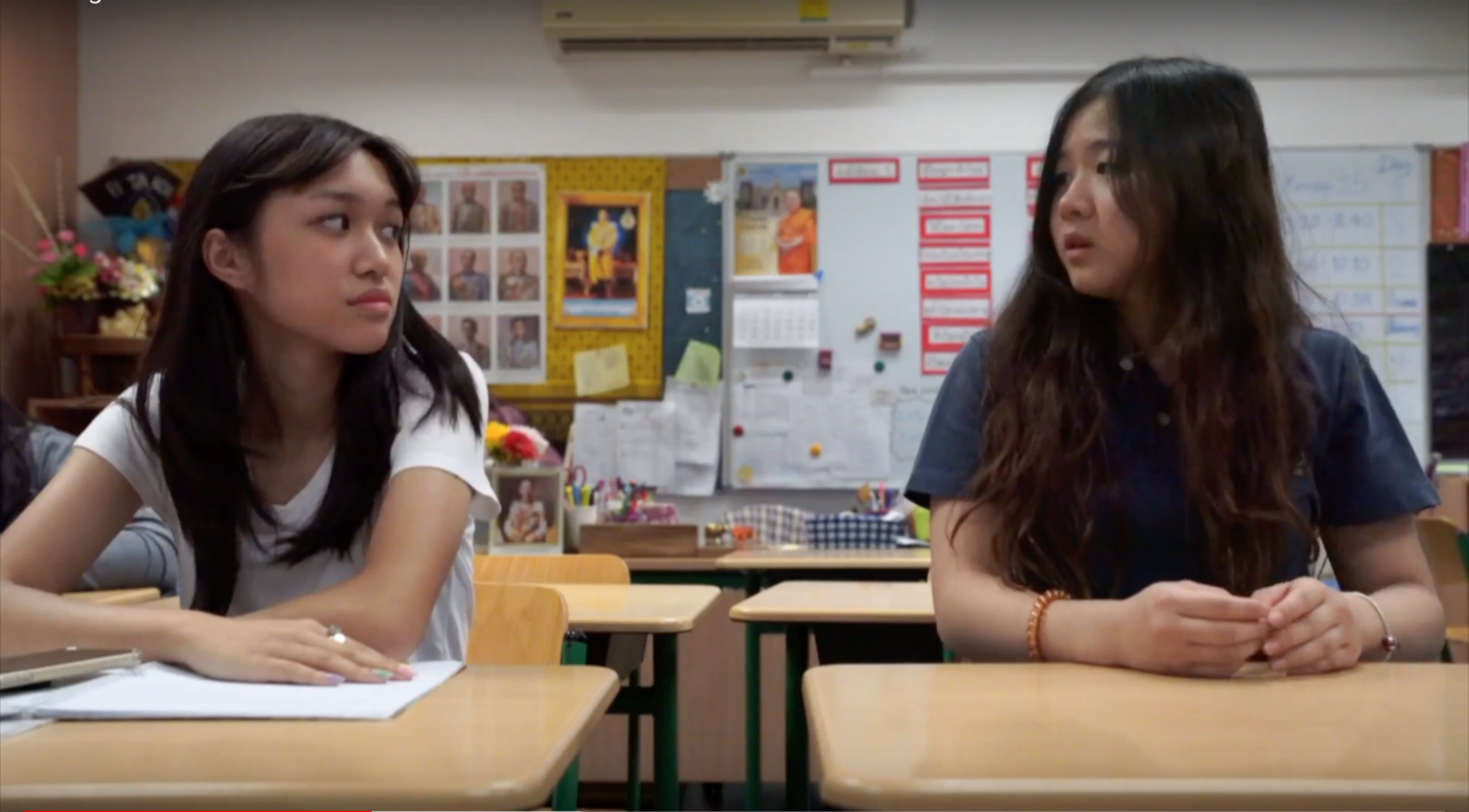 "Belong" looks at how we deal with being the outsider

This year, the film makers from ISB became winners at a film-making contest. The movie is called Belong (please click on the link here to see the movie!) and has been filmed in ISB. The students who participated in the creation of UN Film are Park Vilailuck, Nicha Sapsarasin, Shyla Hargave, and Perrine Sithi-Amnuai.

The story is about a half Japanese and half American student who had to move schools from an International to a Thai school where all the students are Thai nationals. The main character of the film, fabulously portrayed by Trisha Trillit, faces the situation where none of the students from her new school accept her because she is “different”. This movie is around 7.30 minutes and it will certainly bring your tears and emotions out!

According to the actors, the major theme in the short film is “how it could be hard to adapt to a new environment for students in the present society”. The purpose of creating this movie is to send a loud and clear message to the audience, especially to those who are trying their hardest to adapt to a new environment and are struggling with fitting into it. This film is based on the experience of students with different backgrounds and their message is as simple as this: “Everyone should be open-minded enough to give others, no matter what their background is, an equal chance.”

The crew only had one week to complete the whole movie and therefore, the film makers said that the actual process of filming was the most difficult part and yet there are some parts to be revised and fixed. “During the first shoot, many things went wrong” Park claimed. For example, the cancelation of the main actor and some technical problems. Additionally, the biggest challenge was balancing the filming and school work. On the other hand, the actor in this film suggests that the teamwork went well. “I’m proud to say that we adapted fast, but we still struggled because of the extra activities that we all have which interfered with our work time,” she says.

In the end, she adds that the experience the team had was absolutely great and she really is proud of her team’s work. “I believe that the most important thing I gained from this experience is the unbreakable bond I’ve created with my filming partners that I now call sisters,” Park adds.

Please watch the film and add your comments below!