How Sleep Affects the Teenage Learner 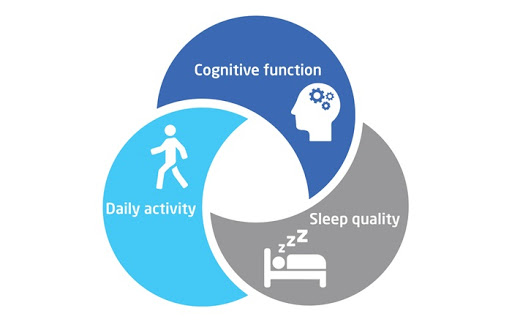 Again and again, science tells us how beneficial sleep is, how those 8 hours of sleep are crucial and how schools should be starting later than they are. Yet students are both physically and mentally unable to get sufficient sleep with the time they’ve been given by their schools, with just 15 percent reported to be getting the much needed 8 and a half hours of sleep per school night, as reported by the national sleep foundation. If ISB reflects the statistics then roughly 85 percent of our high schoolers are not getting sufficient sleep. This affects students’ moods, behaviors, safety, and education

Sleep is a vital, often overseen part of a person’s wellbeing. Neglect can lead to mental illnesses, weight gain, lack of social and general intelligence, and stress. There is a strong correlation between sleep and mental illnesses; sleep issues are extremely common in those with anxiety, depression, and ADHD and at the same time, lack of sleep makes those mental disorders worse. “Chronic sleep problems affect 50% to 80% of patients in a typical psychiatric practice, compared with 10% to 18% of adults in the general U.S. population,” claims ‘Harvard’s Mental Health’ article. When teens reach a certain age they start to experience a shift in their body clock, making them unable to sleep as early both physically and in regard to outside factors like work and social life. In school, we need enough sleep to “think clearly, remember information, and make decisions,” says the Sleep Foundation. When we don’t get enough sleep it makes it harder to focus which makes school more difficult. It also reduces teens problem-solving skills and creativity. Lastly, sleep deprivation slows reaction time, making driving to school like most high schoolers do, more dangerous than normal, as driving becomes a  safety risk. 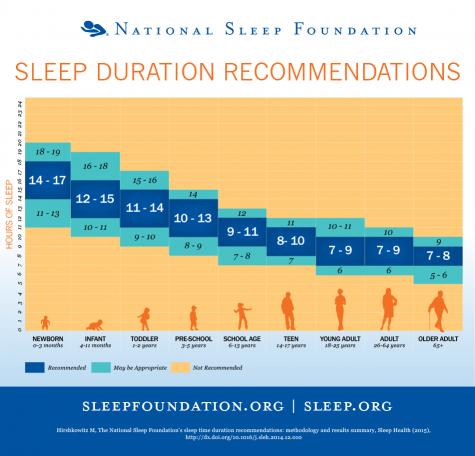 High School student Sara Khan (grade 11) claims the starting time of school is “insensitive and unreasonable” as well as “almost impossible” because IB students are already “drowning in IB work so staying up late is a must to complete that work.” Angie Walker (grade 11) adds that “so many people are mentally unwell, with stress, anxiety, and depression, and that’s a result of lack of sleep I think.” There is no denying that the school should start later. Student counselor Mr. Callahan informs us that ISB has done the research and that the school understands the importance of sleep, however, the “problem is the traffic. Bangkok is notorious for traffic jams and trying to start school at 8:30am  and ending closer to 4pm could mean some students getting stuck for hours.” Because a small portion of ISB students are living and commuting from downtown Bangkok, it is inconsiderate to start any later than we already do, it would mean hours of traffic for downtown students. Although ISB refuses to change our start time, the Elementary did implement a change in schedule just a couple of years ago and now starts at 7:35 rather than our slightly earlier 7:20.

A couple of years back when  ISB was most concerned about how much sleep we are getting, the school sent out multiple surveys asking for student input. Results came back and as expected the school found that the highschoolers specifically were suffering from sleep deprivation and that it would be beneficial to start later. However, nothing was done with that information and high schoolers ’ sleep is still being neglected. “Everyone knows our school starts too early, everyone knows it’s negatively affecting the students. It is clear that its a problem. The issue is there’s not really anything we can do about it,” states Angie Walker (grade 11). The school struggles to find solutions to the issue of school start time with the downtown students in consideration, the dream would be to have the BTS extend to outside Bangkok and into Chaengwattana, but that won’t happen on ISB’s request and “it’s a long way down before metro can solve the issue to the degree that we will be able to start school later” claims counselor Mr. Callahan. Student Sara Khan suggests that “students should be allowed to come to school at different times” similar to how universities and colleges are today, “however that may complicate our schedules.”

With ISB encouraging the IB and other challenging courses that take up a lot of time and devotion, it is only fair that the school offers a later start time to keep its students mentally healthy and intellectually capable. With all due respect to our school, countless research has been done on sleep in teens and schools all over the world are starting later as a result of that, it is time for us to join in. The downtown living students are the minority at ISB and depending on the extent of the damage done by sleep deprivation, at some point the school must ask itself, do the benefits outweigh the costs? And should we be starting school later for the benefit of our majority?

Please add your own thoughts about sleep at ISB in the comments section below.