What Happened To Riverdale?

Netflix Show Has Lost its Way… and its Relevance

It seemed like yesterday that Riverdale was the topic of every conversation. A dark twist on the classic Archie Comics, the CW series was set out to be a roaring success. Nowadays, it appears as if Riverdale has completely disappeared from the media; I didn’t even know they had a 4th season. So, what happened?

Let’s start with the plot. Although the first season wasn’t the greatest, it still had a clear plot; there was a murder in the small town of Riverdale and everyone was trying to find out who did it. What emerged in the next few seasons was a plot that was really no plot at all, and instead were just a lot of different stories that didn’t progress in any logical way. For example, the whole ‘Farm’ subplot that kind of spiraled out to be nothing. 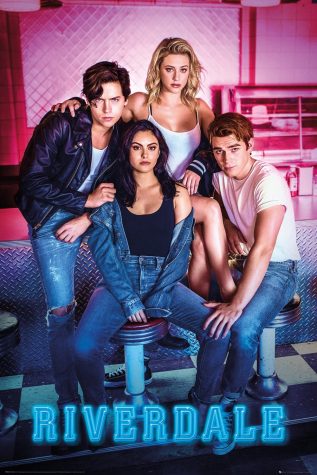 The show also seems to hold on to stories for too long, resulting in a very exasperated audience. An example is having a fake Black Hood that appears halfway through the season, then a few episodes later the real one is revealed, then another fake.

Also, some of the storylines are just so unrealistic. Here’s one of them: Archie Andrews was so in love with his teacher that he sold his guitar to buy her a new cello bow. There are so many things wrong with that sentence, but most importantly the sickening teacher-student relationship.

Maybe the reason why only the first season seems to be reasonably enjoyable is because it only had 13 episodes. After this, the rest of the season had 24 episodes, which is perhaps why the plot feels stretched out and tedious.

Secondly, the really bad writing. Riverdale’s writing has deteriorated as the seasons go by, producing a script that is filled with loopholes and packed with overarching plots.

One aspect that is troubling is how the dialogue is such a misguided representation of the way teenagers talk. One of the main protagonists Veronica Lodge’s lines are a clear example of this. Everything she says sounds like it was written by a bad fantasy writer who’s never had any social interaction; “Word of my exploits serving Nick his comeuppance has seeped into the demimonde of mobsters and molls my father used to associate with, so the five families are sending their youngest and brightest, their “princes,” as it were to, well, come court the rare Mafia Princess who can belly up to the bar with the big boys.” What a mouthful.

Adding on to this, take Jughead’s “I’m a Weirdo” speech for example; “In case you haven’t noticed, I’m weird. I’m a weirdo. I don’t fit in. And I don’t want to fit in. Have you ever seen me without this stupid hat on? That’s weird.” Also, who names their child Jughead (keeping in mind that his sister’s name is Jellybean)?

I’m desperately hoping that the show manages to do a 180° and sort its plot and writing out, because if it keeps going at this rate, the end result is not going to be pretty.